We don’t usually cover music festival news. But I couldn’t help it on this one. Vocaloid superstar Hatsune Miku has been confirmed to appear at Coachella 2020. Miku will perform alongside actual humans, Brockhampton, Calvin Harris, Lana Del Rey and more.

In an incredible moment for weebs everywhere, Hatsune Miku has been confirmed for Coachella 2020. The yearly festival is an event that gathers together the cream of the crop in the world of hipsters and Instagram influencers, which clearly wasn’t enough for them, as they’re now targeting us. Does the addition of Hatsune Miku actually attract a new audience though? Is it enough of a pull for somebody to buy a ticket to the whole weekend, if they aren’t someone with over 20,000 Instagram followers?

To be fair to them, Coachella has been dabbling into the Asian music market in recent years, BIGBANG are also performing in 2020, and Blackpink performing in 2019. These are actual human beings though, and Hatsune Miku is not.

Here’s an example of Miku in action:

In case you don’t believe me, here’s the actual line-up, you can see Hatsune Miku three lines down on the Friday category. 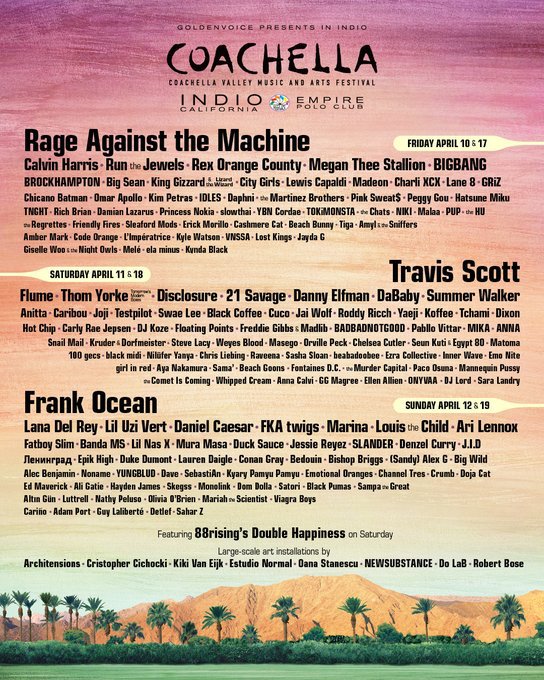