It sure has been a long wait for the people who are looking forward to Inazuma Eleven: Eiyuu-tachi no Great Road. the game has been delayed several times, including a name change, but it looks like we’ll be hearing new information soon! 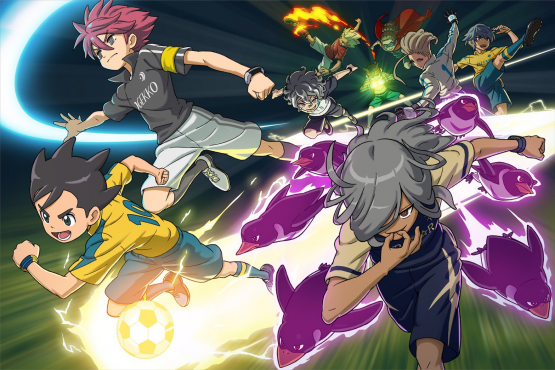 The game is facing some development issues due to an engine switch according to the tweet of Akihiro Hino, Level 5’s CEO and the creative mind behind Inazuma Eleven, Yo-Kai Watch/Yo-Kai Gakuen Y/Yo-Kai Watch Puni Puni, The Snack World, Professor Layton, Ni No Kuni, Megaton Musashi and LBX: Little Battlers eXperience. He also would like to reveal the goals and plans for this game in April but is still thinking about when or in what form these plans are going to be revealed, and also asks us to wait a bit more. He did give us some new artwork for the game, however, which you can see above.

Honestly I am looking forward to this game a lot as a big Inazuma Eleven fan and I do hope that Hino-san gets to announce the goals and plans for this game in April.

What is your favourite Inazuma Eleven game? And are you looking forward to this new entry in the series? Feel free to join the official Rice Digital Discord server to talk about this game and many more topics!