J-Stars Victory VS+ Preview – Can the First Jump Crossover Game in the West Impress?

It’s still hard to believe that J-Stars Victory VS+ is coming out in the west and isn’t some sort of elaborate ruse. Its the successor to a line of Shonen Jump crossover games, none of which have found their way to the west before, most notably including Jump Super Stars and Jump Ultimate Stars, the lack of region lock on the DS making imports highly sought after by enthusiasts of Japanese gaming.

The cast of playable and supporting characters is pretty great but also somewhat eclectic(?). It’s nice to see a character as recent as Koro-sensei from Assassination Classroom facing off any against Norimaki from Toriyama’s formative Dr Slump. There’s quite a range, but, with the 50th anniversary of Jump approaching it almost doesn’t feel like enough. Where’s Jotaro Kujo, or, perhaps more surprisingly, where is Josuke Higashika 8, the current JoJo star? Though it is nice to see the first two JoJos, Jonathan and Joseph in it. It’s a game that would seem prime for swathes of DLC characters, but I’ve not heard anything about western DLC yet (there was some for the original version in Japan). 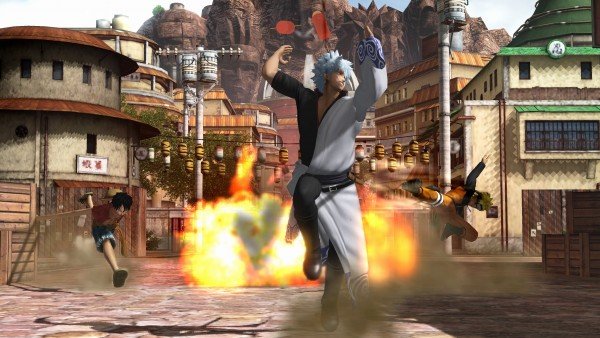 This release does mark the first time the game has been available on PS4, an option that just seems to be obligatory at this point (sorry, Atelier, Tales Of, them’s the brakes). And it does seem to make use of the hardware, giving a smooth and fluid look to the proceedings. The game has its own unique art style, feeling less like they’ve just lifted the characters from their own universes and instead tying then together, while allowing them to look unique in their own ways too.

So too are they tied together in a story mode. I’ve not sat down with that mode yet, but from what I’ve seen it seems to be a pretty light affair. Don’t expect your new favourite Shonen Jump story here. The regular version has been out in Japan for a while, so you should be able to find opinions of the story online, assuming they’ve not changed it for this version, which they very well could have. 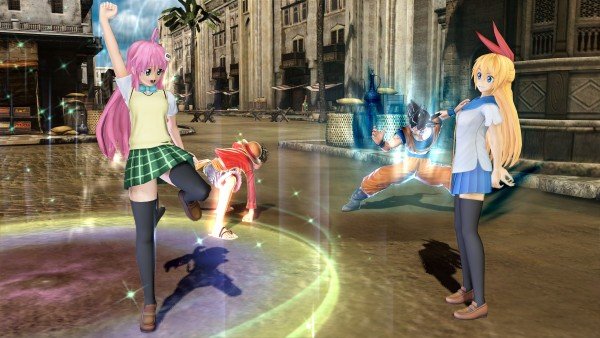 The fights are two on two with each team having a support character between them. You’re thrown into a 3D environment and expected to just go at it. Locking on is manual, allowing the movement around the environments to be petty fluid. It’s less clash and repeat than some of the other 3D environment fighters, and reminds me more of the likes of, perhaps bizarrely and inaccurately, Poy Poy or Super Smash Bros. But not really like either of those games at all.

The controls are confusing at first but quickly fall into place. Lock on, blaze dashes, special moves, and ultimate attacks aplenty. Characters have individual health bars above their head, and at the top is a bar segmented into three. With each character death and respawn it fills up. The first to down their opponents three times (in total) wins. 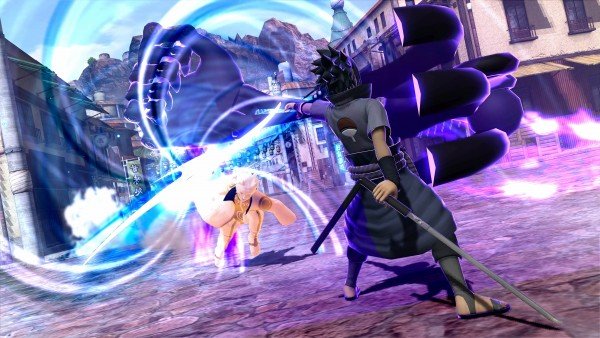 With the basic buttons mastered they can be applied to most of the characters. It makes the game more accessible, but it could hinder depth as you get more into it, making each fighter play essentially the same.

But J-Stars Victory VS+ has never been about being the best fighting game on the market. It’s about a celebration of Jump through the years, and packaging it up in a fun gameplay experience. It looks like it will do just that, and leave plenty to improve upon in subsequent releases, ideally also on 8th gen systems, and in the west. 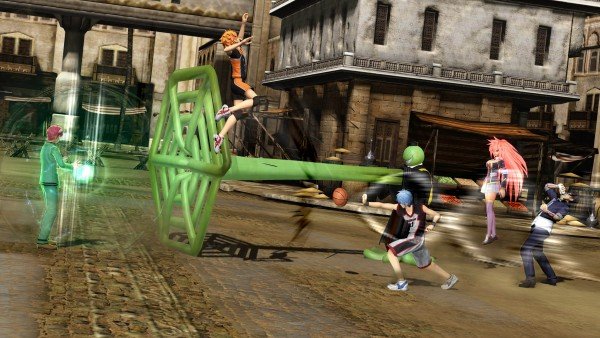 The game will be out June 26th 2015 in the EU, and pre-orders will include a character art compendium: 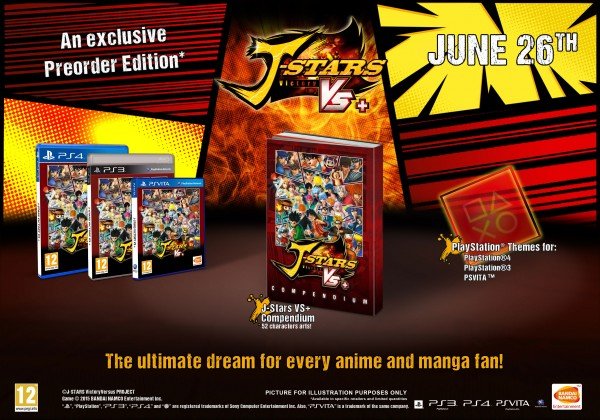 Want to know when you can pre-order this game? Sign up to our mailing list to be the first to know about our new products and deals in our Rice Digital Store!