Jesus is in a Fighting Game!? Fight of Gods is Out Now on Steam

Previous Fight of Gods trailers already revealed the usual suspects, such as Zeus and Odin. But only now with the final reveal trailer have we found out that “Jesus and Buddha punch the holy $*!% out of each other” too, rounding out the initial roster with some big names. And it’s out right now on Steam!

Buy it now on Steam with a Launch Week discount!

Existence itself is at stake in the greatest tournament ever devised in FIGHT OF GODS, the epic new 2D fighter from indie developer, Digital Crafter. When an unknown entity gathers the strongest gods and religious figures from throughout human history, mythological beings and holy icons must battle to uncover the truth and save the world.

Who will prevail in the ultimate battle of gods? Will Jesus, fresh from ripping himself off the sacrificial cross, smite all his foes with the power of his Punishment Fist? Can Buddha slap his opponents into submission? Harness the power of fire, lightning, water, plagues and more as you pit gods and prophets such as Odin, Zeus, Amaterasu, Anubis, Moses and Athena against one another in one of the most unique and outlandish fighters ever created. 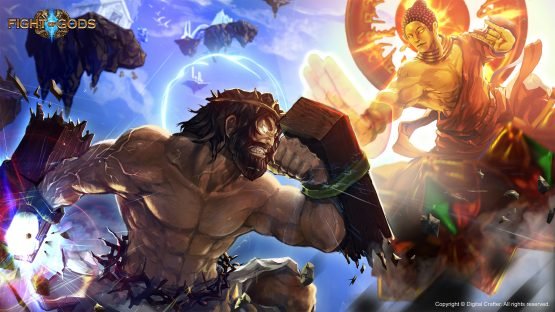 And that’s right, I did say “initial” roster. Along with the Jesus and Buddha launch day reveal, they’ve already announced plans to continue to build on the game. After all, this is an Early Access release. Potentially it seems that any other Gods could be added.

As part of its Early Access release plans, Digital Crafter also wants YOU to have a say in which gods come next. We’re seeking fan suggestions to find out which other characters should join the stunning FIGHT OF GODS roster in the future. Poseidon? Ra? Loki? Quetzalcoatl? Cthulu? Korean Jesus? Somebody else? We want to know who gets your vote for the next wave of fighters! Have your say on the FIGHT OF GODS Steam Community page: http://steamcommunity.com/app/612930

The table is already looking pretty full as it is though! The game features 10 of the most well-known Gods and religious icons battling it out, against some religious inspired backdrops — from the Garden of Eden, to the parted Red Sea!

The initial release of the game will be Early Access on Steam while the developers tweak the game based on player feedback. More Gods will join the fray, and importantly will be added to the game for free while it’s in Early Access. Opening with Arcade, Versus, and Training modes, Fight of Gods will also be adding Online Versus during its Early Access development, as well as making other tweaks and additions. 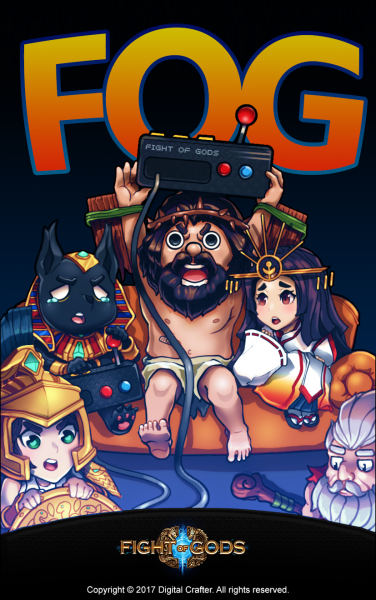 I probably should have seen this Jesus announcement coming after I spotted this strange effigy on my motherboard. 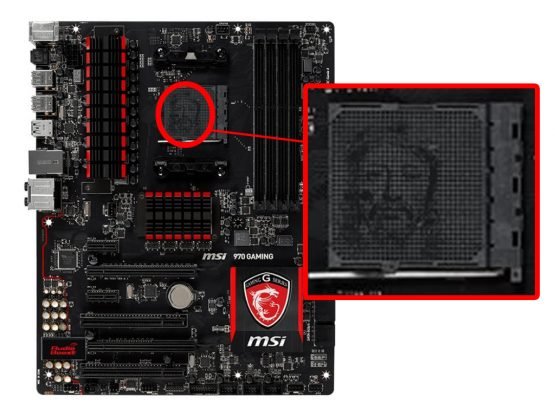 And don’t forget to look to Jesus for fighting game tips if you’re a newcomer. He’s helped me through some difficult lose-streaks.

And don’t forget, he’s always with you… 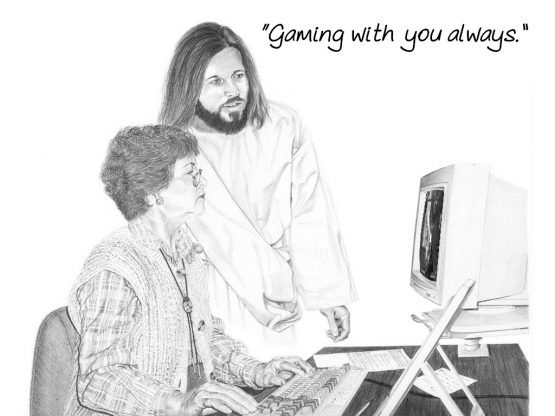 Fight of Gods is out now on Steam Early Access! Grab it here!