All I’ve heard about JoJo’s Bizarre Adventure for many years is how good it is and how it’s inspired one of my favourite game series’, Persona, so with it now releasing in the UK on Blu-ray for the first time, I finally check out just how good it supposedly is.

JoJo’s Bizarre Adventure is certainly bizarre, but it’s so confident in what it is that you almost forget how odd it is. Starting in 1880s England, Jonathan Joestar’s father is indebted to Dio’s and takes the young man in once his father passes away. Dio, being the treacherous leech that he is, spends much of his time ruining his new step-brother’s life. 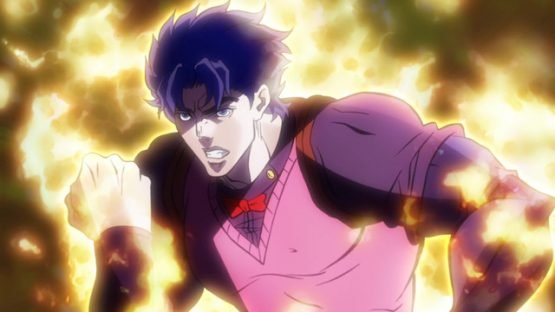 JoJo’s Bizarre Adventure is certainly bizarre, but it’s so confident in what it is that you almost forget how odd it is.

Things get mystical when Dio uses an ancient stone mask and becomes a vampire, and Jonathan has to learn the ancient art of Ripple to defeat him. It gets pretty weird, meaning it’ll turn some people off with how outlandish it is, but its ambition comes together nicely. Phantom Blood lasts eight episodes and many fan’s favourite arc, Battle Tendency, makes up the rest of the season.

With the groundwork laid out, we’re taken to New York where Joseph Joestar, Jonathan’s grandson, is now the protagonist. Jonathan’s old friend Speedwagon has been kidnapped and held captive by a group of Nazi scientists who are studying the ancient stone masks, and Joseph aims to stop them. Joseph isn’t quite as likable as Jonathan, who had a heart of gold, but his cockiness and initial reluctance to put his life on the line make him an interesting character. Things get much stranger in this arc, and a tad more gruesome too. 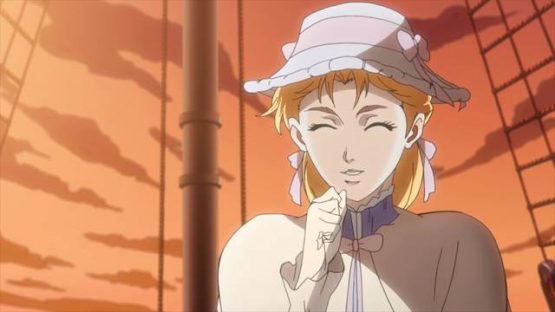 The story didn’t pull me in quite as much as I wanted it to, but the visuals did. Creator Hirohiko Araki’s distinct art style is captured beautifully by David Production, and the use of changing colour palettes – which happens often and seemingly without any real meaning past being aesthetically pleasing – is delightful. The fight scenes improve as the series goes on, and there’s more violence than I’d expected – some moments made me wince!

You can’t go wrong with watching JoJo‘s in English or Japanese, but I opted for the former. I believe this anime works better in English – unless you really want to hear the oraoraora! – although the script’s insistence on having characters explain what’s happening much of the time becomes tiring. It’s a part of its charm, but it also happens too often. The voice-acting is over-the-top and exaggerated, just like the show itself, and it’s a perfect fit for it. 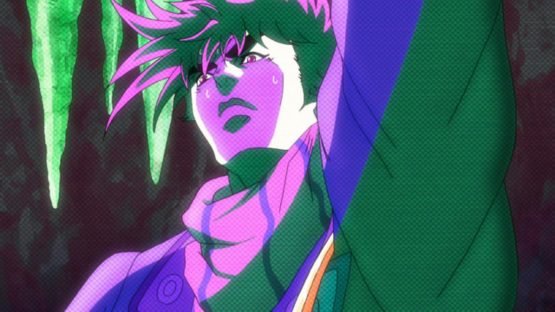 I’ve enjoyed my time with it, but it’s not made a die-hard fan out of me yet.

JoJo’s Bizarre Adventure Season One finally gets the release it deserves with Manga UK at the helm, and with the anime still going strong it’s worth seeing what all the fuss is about. JoJo‘s has inspired many other works, notably including Persona, but you will be jumping into a very unique anime – for better or worse, that depends on you. I’ve enjoyed my time with it, but it’s not made a die-hard fan out of me yet.