KILL la KILL – IF Out Now on PS4, Switch, Steam

Based on the anime by Studio Trigger, Arc System Works anime fighter KILL la KILL – IF is out today on PlayStation 4, Nintendo Switch, and PC via Steam! Check out this handy play guide from publisher PQube:

KILL la KILL – IF‘s combat system may be pretty simple at its core, but it sure looks stylish!

Here’s a brief overview of the game from PQube:

Witness the first new KILL la KILL content since the anime’s spectacular conclusion in Story Mode, battle it out in iconic locations both offline and online with Versus Mode and test you skills against waves of ruthless Covers and more in Challenge Mode.

For those who want to give the game a test-run, a demo is available from the PlayStation Network here and the Nintendo eShop, which can give you a taste of both Story Mode and Versus Mode. 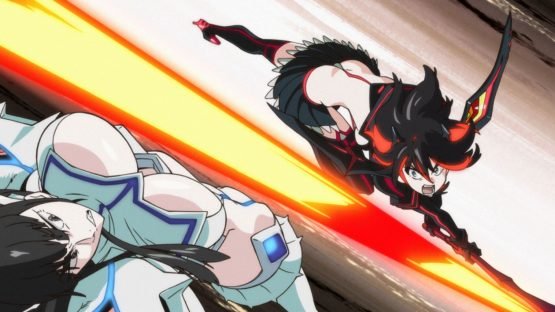 PQube are also offering a rather lovely Limited Edition in Europe, which includes:

– a copy of the game on either PS4 or Switch