It’s been a busy few days for Kingdom Hearts fans, with the release of Kingdom Hearts 3 ReMIND, but that’s not where the fun ends – Project Xehanort has been announced for iOS and Android, and is due out in Spring 2020. We’ve also learnt that there are 2 new additional development teams working on Kingdom Hearts games!

We don’t know too much about Project Xehanort right now, other than the game’s tagline: “Why did he become the seeker of darkness?”. 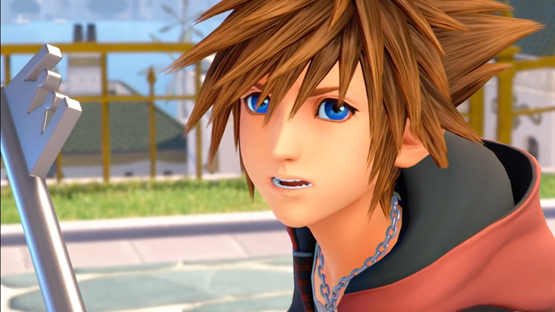 Project Xehanort is not the official title of the game, and Square Enix are teasing fans with a competition to figure it out. It’s 8 letters and 2 words, so get your thinking caps on and you could win a $100 Amazon Gift Card. The campaign ends next week where we expect they will officially reveal the title.

The Guess the Name Campaign is here! Tell us what YOU think the title of the new KH experience will be and win big!🎉

For official rules and conditions, view the rules here: https://t.co/G8NEwh5gEo

If mobile games aren’t your thing, don’t lose hope! According to an official Q & A, Square revealed that there are two new teams currently at work, with an announcement coming surprisingly soon. There’s no details on whether these will be full console games or more spin-off’s, but we’ll always welcome more Kingdom Hearts in our lives.

You also don’t need to worry about any more DLC for Kingdom Hearts 3: “As for downloadable content, ReMIND is the first and last. We’re already working on the next title.”

What genre would you like Kingdom Hearts to explore?

You can get Kingdom Hearts 3 here!