Square Enix has announced that a compilation of all Kingdom Hearts games and movies on PS4 are being rolled into one with Kingdom Hearts: The Story So Far. The plan is to only release this collection across NA at the moment, although Square Enix has said that it’ll keep fans updated on other possible territory releases.

Check out the box at below, which features the previous two release’s box arts rolled into one awesome work of art! 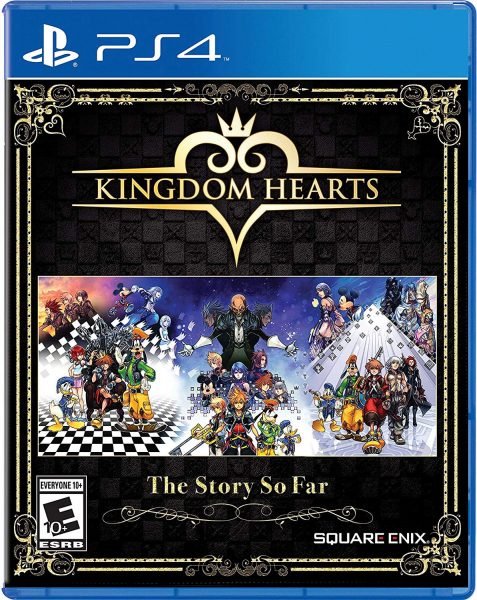 Kingdom Hearts: The Story So Far will cost only $39.99,  and you can pick it up across North America on 30th October. If you’ve yet to play the amazing Kingdom Hearts games, then this is the perfect chance to do so before Kingdom Hearts III releases worldwide next January!

Cover Yourself In Final Fantasy VII Remake Merch While You Play
Recommended Products from our Store: