Koei Tecmo has announced has revealed an A.O.T. Wings of Freedom sequel, A.O.T. 2 (Attack on Titan 2 for North America)! There’ll be more news on the game’s platforms and release in the following weeks, but there is an exciting teaser trailer already! Check it out below:

Here’s an overview of the game from Koei Tecmo:

Building on the fast-paced action the series is famous for, and featuring an abundance of new mechanics, the gripping sequel will be released across Europe as ‘A.O.T. 2’ in Early 2018. Players will once again don the renowned Omni-Directional Manoeuver Gear as they fight and repel the fearsome Titans that threaten humanity, and restore peace within the walls.

This is great news! It’s going to be fun to return to Wings of Freedom‘s exhilarating gameplay to experience some of the surprising and tense events seen in the second series of the anime! 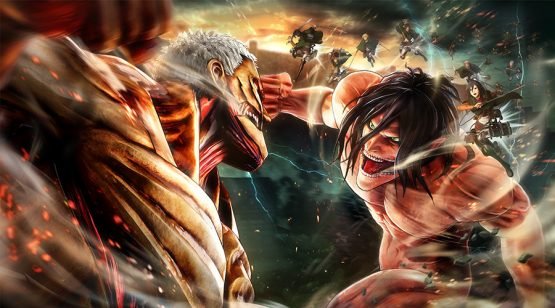 Gun Gun Pixies is out now on Steam
Recommended Products from our Store: