I’d been keeping an eye on The Liar Princess and the Blind Prince since its initial reveal and thought from the beginning it seemed like a title that suited me down to the ground. I’m very fortunate to say my inkling was right!

The Liar Princess and The Blind Prince takes a cute concept and spins it into a delightful puzzle platformer with a central relationship that warms my heart. As the titular princess (who’s also a big ol’ monster wolf), responsible for blinding the prince in a horrible accident, you must accompany the prince through the forest to get to the witch’s house so that his sight can be restored.

Blind as he is, the prince is very reliant on your help, and the game sees you literally taking him by the hand with a button to lead him through a maze of monsters, switches, and other genre staples. Think ICO, but with more 2D side-scrolling and less furious beating things with sticks. It’s an idea that won me over then, and it did so again here, as it’s hard not to be taken with both the main characters and feel the full weight of responsibility for the prince’s well-being in the dangerous locations you proceed through.

It’s hard not to be taken with both the main characters. 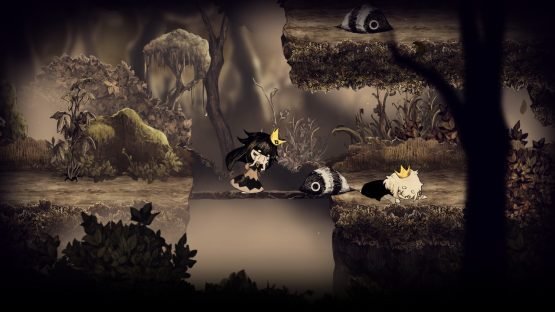 I felt bad every time the prince died. Which was, unfortunately, a lot.

Both the gameplay and story segments are presented in a storybook manner with characters that look like paper cut-outs and one voice serving as overall narrator as well as the small cast of characters throughout. Although having this one narrator suits the game’s storybook feel, it would have been nice for different characters to have different voices.

The side-scrolling gameplay is good fun, with plenty of new items and abilities introduced to make the puzzles more and more complicated. The puzzles are much more the key focus than the combat, which is nice, and the game even rewards you with different achievements depending on how you approach enemies, encouraging you to try out both being an avid hunter and a pacifist.

Transformation between the princess form and wolf form is a key component of puzzle-solving, making it a lot more commonplace than I expected it to be. It’s a great way to constantly remind the player what the princess really is and what she’s capable of. The different abilities of each form add a layer to the puzzle designs too; while the wolf can fight monsters and jump higher, she can’t pull levers or lead the prince directly. 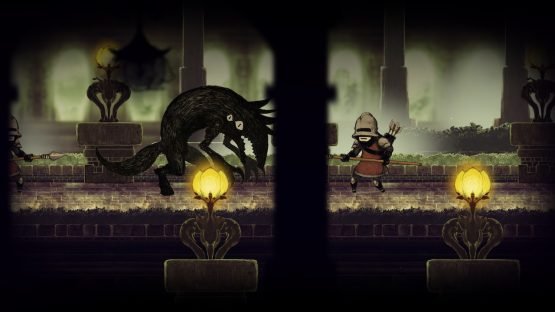 The different abilities of each form add a layer to the puzzle designs.

As the game starts out, it seems fairly straightforward and easy to guide the prince and keep him safe. This becomes more complicated as you move into different areas with new monsters to face and more gameplay mechanics available. The princess’s dwindling faith in her ability to protect the prince is reflected well through the increasingly complex abilities and rules. The prince comes more into his own in later levels as well, leaving you approaching each new challenge with essentially three characters in mind. 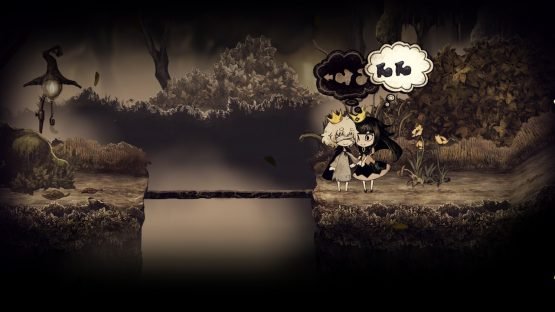 One of the unfortunate side-effects of this use of light and darkness, however, is that the game also signals an area as off-limits by having it be a path or chasm fading simply into darkness, and it becomes sort of second-nature to throw yourself at anywhere you can’t see to test if it’s actually a path that needs to be lit up, resulting in death and, more frustratingly, going back to your most recent checkpoint in the level.

Luckily, checkpoints are pretty common and you can save whenever. You can also reset a level whenever, which is a great way to avoid getting yourself truly stuck or for when you realise you’ve done something very wrong. The Liar Princess and the Blind Prince lets you skip a stage after 10 minutes too, so if you come across something you really struggle with, the game generously lets you enjoy the brief yet enchanting story without any real hitches.

The Liar Princess and the Blind Prince is a neat little package. 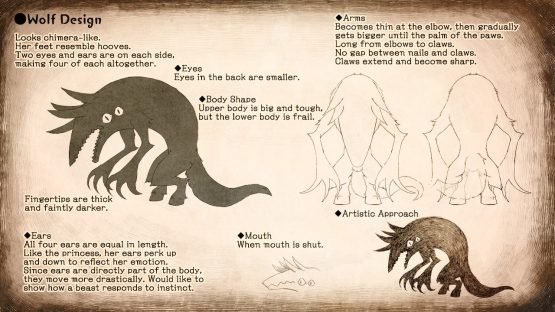 Wolf form is cute in its own way!

All in all, The Liar Princess and the Blind Prince is a neat little package. The game’s streamlined design and simple control scheme on Switch make it perfect for on the go, though it’s lovely to see the game up on a big screen, of course. The music changes as you enter each new area, and its eerie gentleness adds to the atmosphere without distracting from puzzles or narration. Pieces can get a little tiresome after you’ve been in the area for a while though.

The stylish visuals are one of the game’s most striking features, however, with character designs, including those of the various monsters, that are very eye-catching and unique. You can unlock design sheets by collecting petals throughout the game, and the comments on the different characters are very interesting to read.

Just the bittersweet, gorgeous puzzle platformer I hoped it would be. 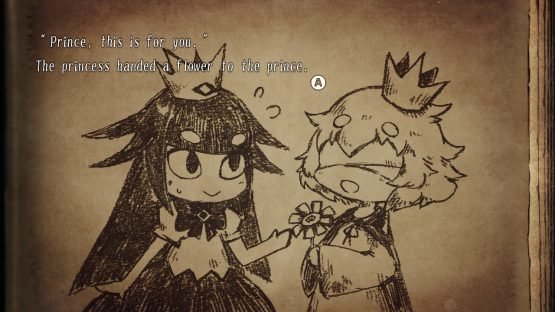 Giving the prince flowers is an actual thing you can do because this game is that precious.

The Liar Princess and the Blind Prince is just the bittersweet, gorgeous puzzle platformer I hoped it would be. It’s so, so charming, from the game’s lovely overall aesthetic right down to its cute yet often unnerving characters. It’s a brief game, yet it’s very easy to grow fond of the principal characters and to find yourself enthusiastically powering through level after level! Really my only criticism is that there’s not a bit more of it, but it’s certainly worth the few hours it takes to see the short but sweet story through to its end.