I ask this because, as of January 23rd, three of my favourite otome games will be taken off the app store. All three games are from the NTT Solmare Shall We Date? series, and all are early releases. These games include: Actor to Be, Heian Love and KONKATSU for Marriage. 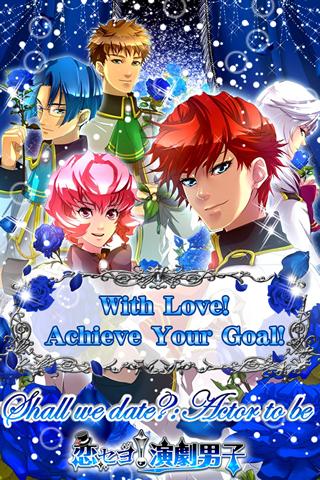 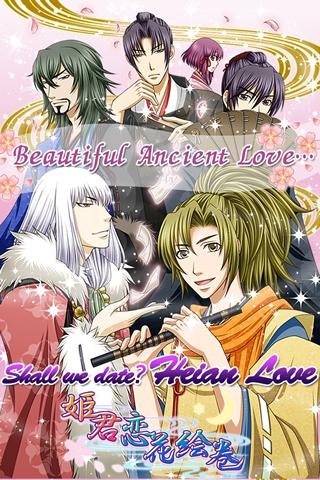 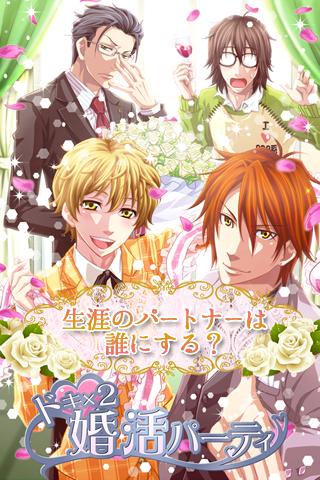 Before I continue, let me tell you why I enjoy these otomes so much. This isn’t a review of each game, so I’ll keep it brief. First of all, they all offer something different. The art style, for example, is unique to each title without dropping in quality. This isn’t something every publisher does. Voltage, for instance, produces titles with similar character designs (though that’s not to say they’re bad). Gorgeous art isn’t the only positive of course, and it’s pretty obvious just from taking a look at the pictures that each title has a distinctive plot and setting. Historic Japan, an acting school and a dating agency… can’t get much more different than that, right? I’ll not spoil anything for those fans who haven’t played them, but the plots really are interesting. Following the antics of a cross-dressing high schooler, a pale-faced exorcist and a nerdy train fanatic, honestly makes for some very deep and entertaining storytelling. It’s fair to say that characterisation hasn’t been skipped, and I’m not ashamed to say that I bought every character route.

Ah, and that brings us back to my original question. You see, all of the games above are paid apps, meaning you need to pay a fee in order to play them. Usually this consists of downloading the app, playing the free prologue, and then deciding which, if any, character peaks your interest enough to pay a £2.99 purchase fee. The choice is completely up to you, and if it turns out that you just don’t want to romance that snarky ice prince character and find out his story, just don’t purchase! Stick to the cute, doe-eyed bunny boy, if that’s your thing.

So what’s the alternative? Well, if you really, REALLY, don’t want to pay anything for an otome game, then I suppose you could download the ‘free’ version instead…

I’m not going to beat around the bush. I detest ‘free’ versions of otome apps. ‘OMG! Why?! You don’t have to pay anything though!’ you might say, but you see, with ‘free’ apps comes some very unwanted additional features. One such feature could be a stamina or ‘point’ system. 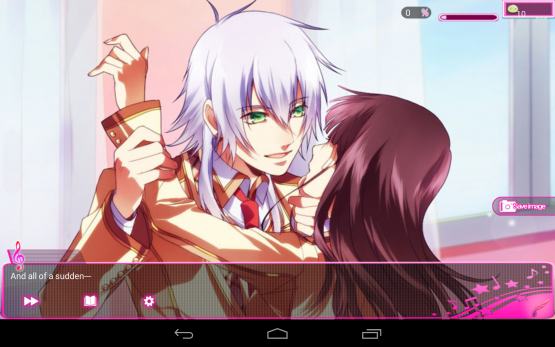 Oh, did some strange white-haired bishie just grab you? What’s the meaning of this?! What’s this guy’s deal that he thinks he can just–?! 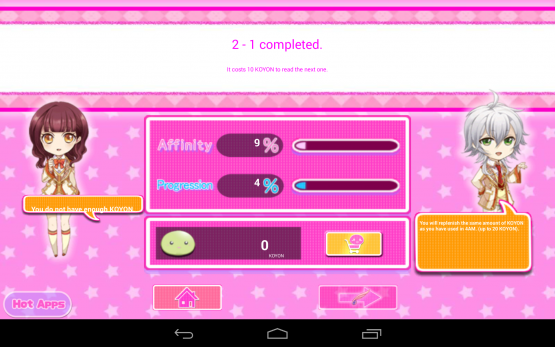 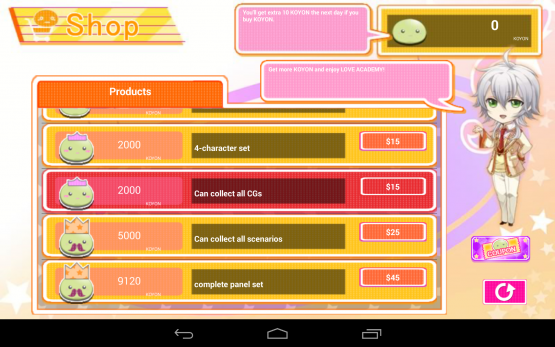 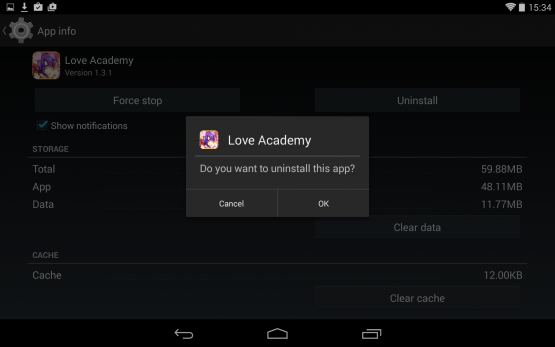 Perhaps I’m being a little harsh. What else can these ‘free’ apps offer? Well, if you happen to like your avatar and dress-up simulators, then you’ll be happy to know that some otome apps allow you to dress-up the heroine. 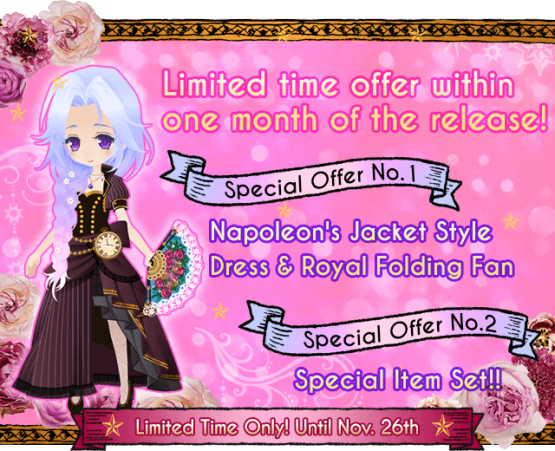 That is, if you don’t mind buying the outfits and accessories from an online shop… Really, I don’t understand the point of this feature anyway. Playing dress-up doesn’t really add anything to the story or affect the characters in any way. The outfits don’t even show up in the main game; rather you only see them in a special avatar page with chibified graphics. If anything this feature distracts attention away from the main story. Not to mention, if you have to pay or grind for these items… then what’s the appeal? Am I just not ‘girly’ enough to appreciate this feature? Is it an age thing? Are younger fans in love with digital clothes so they spend all their free time downloading more apps for ‘points’, searching the world wide web for special codes? If not that, then do they actually pay money for the items?

…but then, why bother playing a ‘free’ game?

It confuses me. It really does.

Then there’s the dodgy loading screen filled with advertisements. Some ‘free’ otome apps don’t let you see the CGs you’ve patiently collected without buying the picture piece by piece. It should be pretty obvious now, but ‘free’ otome apps aren’t free. You will be paying one way or another, whether it be with real money or hours of your own time. Maybe if you don’t mind grinding, these kinds of otome apps can be a possibility. 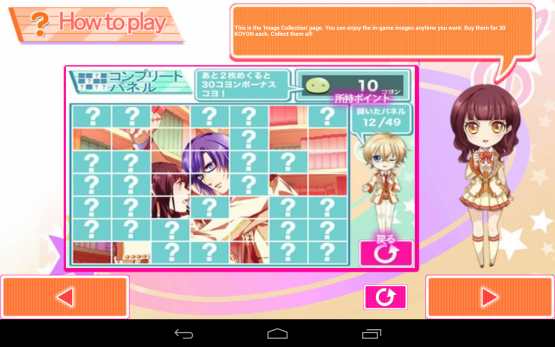 If a game is good though, if it has the deep plot, the colourful characters, the beautiful art, the long, fulfilling gameplay, then surely it’s worth buying a paid version. No dress-up games, no stamina bars, no ‘point’ system or hidden fees… just simple, visual novel gameplay that you can enjoy at your leisure.

That’s just my preference though. Obviously there are people who do greatly enjoy these ‘free’ versions of otome apps. The fact that more and more of these apps are appearing on the android and iOS stores (and gaining more and more reviews) is proof that people are playing them. Demand for these versions are clearly there, otherwise NTT Solmare wouldn’t be making two different versions (‘free’ and ‘paid’) of the same game.

Or am I just imagining it?

I’m really going to miss Actor to Be, Heian Love and KONKATSU for Marriage. If you haven’t played them yet (and you don’t mind playing paid apps), then hurry up and play them! If you have played them, are you upset that they’re going to be removed? Perhaps you think ‘free’ apps are better than paid apps anyway and just don’t care?

Let me know what you think!

Our Guide To Otome Games
Recommended Products from our Store: