Love, Chunibyo and Other Delusions! The Movie: Rikka Version is a retelling of the first season of the anime but, this time, it’s from Rikka’s point of view rather than Yuta’s. It speeds through the series’ major beats but it’s still a beautiful story, and I very much enjoyed it.

This isn’t quite a must-watch unless you’re a die-hard fan of the Chunibyo series, and it doesn’t reveal more of Rikka than we already know, but it captures the spirit and fun of the first season with enough changes that it doesn’t feel repetitive. Kyoto Animation aren’t strangers to compressing a series into a movie, as they’ve done the same with Beyond the Boundary, and whilst the series is definitely a better option if you’re looking to get into the series for the first time, Rikka Version will please those who fell in love with the imaginative oddball who hasn’t lost her child-like wonder. 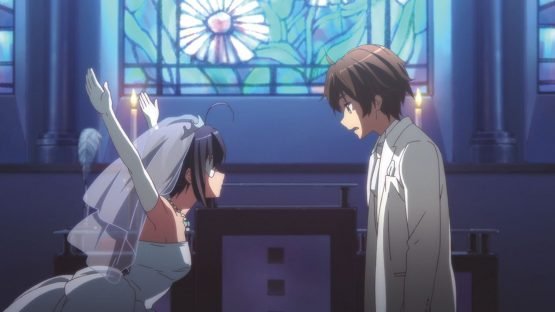 Chunibyo is among my favourite Kyoto Animation works so I welcome more of it, and it ends on a note that makes it easy to pick up season two immediately after. Side characters don’t get much screen time and neither do action scenes, but they’re far from forgotten. Rikka’s imagining of her and Yuta’s wedding scene at the beginning of the movie is adorable and it features the largest action scene in the movie – and it’s entirely new content for the movie!

Kyoto Animation would have to actively sabotage their own work to create something that looks less than beautiful, and Rikka Version is no exception. This movie looks so darn spectacular and it’s so incredibly well animated that I wouldn’t be surprised if you said you had to rewind it a bit because you were distracting by the amazing visuals. I can’t fault this movie’s visuals at all. There so many breathtaking scenes that wonderfully evoke emotion, and the caring and loving heart of Chunibyo is undeniably evident in each frame. 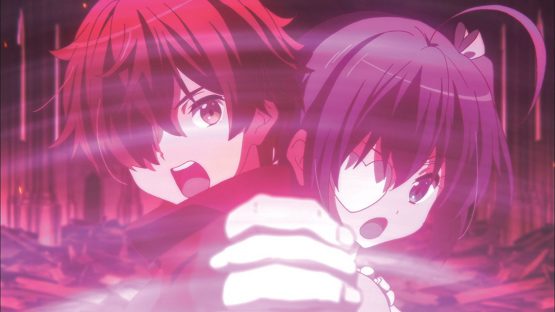 In the past, I’ve been a little down on the Chunibyo dub. I’d like to rectify any previous criticism I’ve had of it in the past because I couldn’t imagine Rikka with a different voice now – Margaret McDonald does an excellent job at capturing the passion and upbeat nature of Rikka.

I’m not overly familiar with the cast of Rikka Version, but each voice actor and actress perform brilliantly. Again, you mostly hear from Rikka and Leraldo Anzaldua’s Yuta this time around, but you won’t hear me questioning voice director Shannon Reed’s choices for this series again. There’s very little in the way of features, so don’t expect much past textless openings and endings. You can watch it in both English and Japanese though! 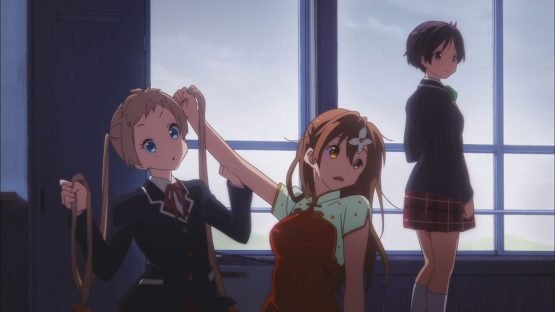 Love, Chunibyo and Other Delusions! The Movie: Rikka Version is for fans of the series and it works best as an accompaniment to season one rather than in place of it. I’m happy to have returned to this movie, and I’m excited for Take On Me which is an original movie set after the series, because I’m still waiting for Rikka and Yuta to kiss! This is a feel good movie despite how heavy some of the plot lines can be, because you know the cast will always do their best and be there for each other. Give the series a go, then check this movie out!