Luigi is possibly the best character in the entire Mario universe. There, I said it. You can keep your Bowsettes and your (shudder) Daisys, I’ll side with the wonderfully cowardly Green Machine any time, and the first occasion we got to really get an idea of the sheer greatness of this gentle fellow was in 2001’s Luigi’s Mansion, which is now triumphantly coming to 3DS.

You all likely know the story by now, but in case you don’t, it all starts with Luigi winning a contest he did not enter and what did he win? A gigantic mansion. Excited about this, Luigi tells Mario and they arrange to meet outside. Obviously – because nothing good can ever happen to Luigi -the mansion is nothing like the picture he has, the place is full of ghosts, and Mario has gone completely missing.

After a few other little scenes that I won’t ruin at this point, the player is given relative carte blanche to look around the mansion, take on the ghosts that inhabit it, and look for the Luigi’s more famous brother. At this point the game becomes a somewhat simplistic affair of navigating around the rooms and corridors of the mansion, during which you need to find keys to progress. 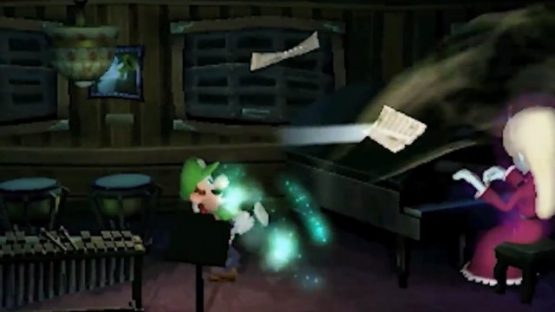 Each new room you uncover will ominously have the lights turned out, giving Luigi the creeps and giving the player real reason to use the flashlight that comes as part of Green Mario’s toolset. The way that you turn the lights back on in any given room involves solving a small puzzle of some description; these puzzles could involve obtaining a particular object or, more likely, require the dispatch of all ghosts in the room.

It’s in this last mechanic that Luigi’s Mansion shines; catching the ghosts that are plaguing the mansion. You first have to stun them with the flashlight, then vacuum them up with the aptly named Poltergust 3000 by activating the device then moving Luigi in the opposite direction to the one that the ghost is tugging in. This does take a short while to get used to, but once you nail this mechanic, that’s pretty much the entire game within your capability (except maybe the “special” ghosts).

Added for this version is the wonderfully daftly named Gooigi. This lime-green version of our hero made up entirely of goo is the optional character added for the two-player co-op mode! I sadly didn’t get a chance to play this mode at the event, but this is definitely something on the cards for the near future for me. Luigi’s Mansion didn’t need a two player mode, for sure, but I’m really glad that it has been added. 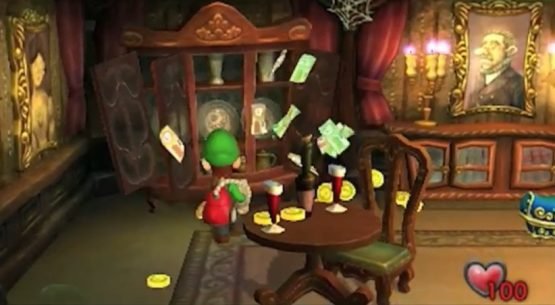 It’s undeniable that it’s a simple affair, but the beauty in the game lies in it’s unmistakable charm that oozes from every pore of the aesthetic. In fact, one of the biggest triumphs with the 3DS version of the game is that the change from home console to handheld hasn’t proven detrimental to the game at all. It still contains all of the general atmosphere, humour, and quirks of the original, just with the added advantage of portable play.

The only detriment really to this port is that it has come to the 3DS so the reduced power output of the handheld makes the visuals of the game look decidedly rough in comparison to the original. All of the areas, character models, and menus just don’t look quite as good. The addition of the map onto the bottom screen was an obvious choice but eases up the navigation of the mansion, and the sound design has made the jump superbly, just the visuals let it down a little.

This revisit to Luigi’s first ghost-based hijinks is shaping up to be an enjoyable, if slightly diminished, port of the Gamecube classic to the 3DS. Maybe these gripes wouldn’t exist if this title was ported to Switch instead of jumping to its increasingly obsolete cousin, but I will personally be picking this up on release, if only for the opportunity to play through the original adventure with a buddy! 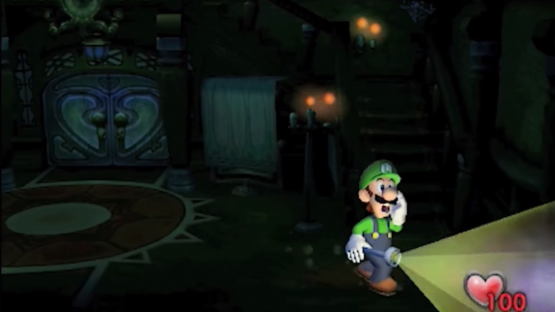 Luigi’s Mansion comes to the Nintendo 3DS family of systems on October 19th. Will you be picking up Luigi’s first solo spooky adventure, or do you not find this release so boo-tiful? Let us know in the comments, or on Twitter, and check back for more coverage of this game and other Japanese titles!