As a lot of you already know Megadimension Neptunia VIIR (pronounced, nonsensically, as “V-two-R”) is the enhanced version of 2016’s Megadimension Neptuna VII with several improvements, and the addition of VR to amplify the experience. Now, Idea Factory have announced that the game is coming to Steam this Autumn/Fall.

This will be fully compatible with both the HTC Vive and Oculus Rift, but Idea Factory assure us that a VR headset is not required to play the game, so it might be the best version of the game to get, regardless of whether you possess the means of playing in VR.

For those of you that might not know, the game is set in the world of Gamindustri, which sits at the convergence of multiple dimensions. One of these is the Zero Dimension, a world on the brink of collapse. The last guardian of this world, Uzume Tennouboshi, waged a war against a mysterious evil known as the Dark CPU. She called for her and her pleas reached Neptune, the CPU of Planeptune, who leaves her world to join the fight. 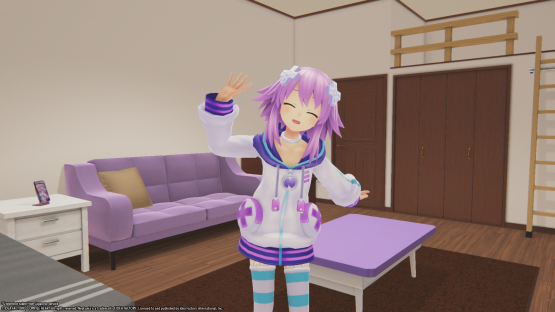 Will you be picking up Megadimension Neptunia VIIR? Have you played the game before and will be doing that elusive double-dip? Let us know in the comments or on Twitter, and keep an eye on Rice Digital for further updates with this game!