The system-inspired girls are back and this time they’re in virtual reality! Or, well, they would be, but I don’t own a Playstation VR headset. Compile Heart have kept me in mind though as I’m able to explore all of the new content in Megadimension Neptunia VIIR without one.

VIIR is a remaster of Megadimension Neptunia VII with improved visuals and gameplay mechanics, added VR content and more Nep Nep than you can shake a stick at! Uzume of the Zero Dimension is fighting a losing battle when her cries manage to reach another dimension – Neptune’s! Neptune and her little sister, Nepgear, are sucked into a retro game console to help her, and so begins their greatest, time-hopping battle yet. If you’ve played it before then there isn’t much to see here if you don’t want to experience the story again, but for a big Nep fan like myself is happy to be able to play one of the series’ strongest entries once again – but, this time, at its best! 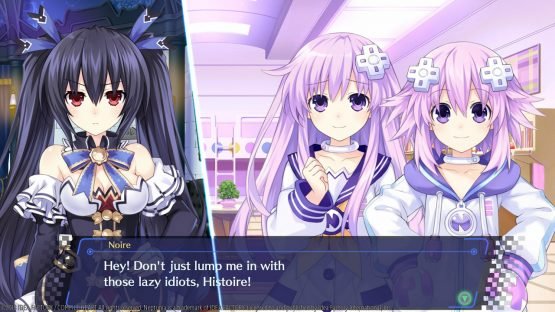 A big Nep fan like myself is happy to be able to play one of the series’ strongest entries once again.

We’ve reviewed Megadimension Neptunia VII in the past and much of it rings true once again with VIIR, so I’ll focus on the new stuff rather than talk your ear off from stuff you already know. The primary new inclusion to this iteration is the VR mode and whilst it isn’t all that exciting, it is something I enjoyed as I like the characters a lot, and it works very well without a VR headset – I wish I had one, though!

Various characters will come to your bedroom to talk games, anime, books and more with you for a few minutes at a time, with more segments unlocking as you progress. There’s a whole lot of fourth wall-breaking too! 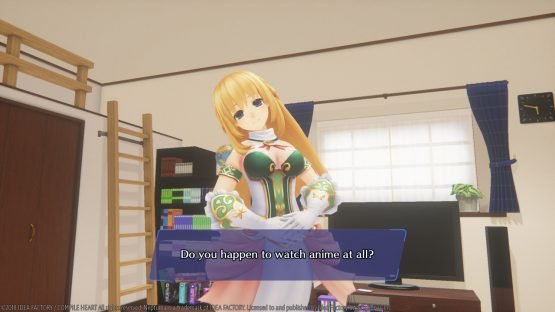 The other big change outside of visuals and a more stable framerate is the combat. Accessing various skills and items is much smoother than before, and you’re able to queue up skills together so that they’ll perform in one, clean combo rather than mash buttons for the attacks you want to do.

It’s very similar in that it’s turn-based and you can only position yourself so well before you’re unable to move further, but there’s a few quality of life changes that make it a more seamless experience to play. You can sprint on the world map too which is lovely. 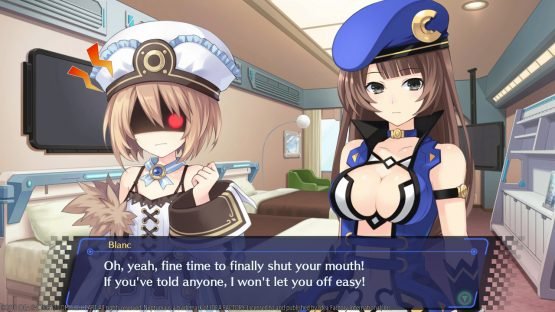 One change players may take the most issue with is that the game is locked at 30fps rather than the original game’s unlocked 60fps, but as it wasn’t correctly utilised it would cause severe lag spikes. I prefer a locked 30fps than a shaky 60fps, especially as Megadimension Neptunia VIIR isn’t a game that greatly benefits from the extra frames, and so it seems that Compile Heart opted to notably improve the visuals instead.

As always, the latest Neptunia game has gorgeous CG artwork, fantastic voice-acting and a rad soundtrack, and Erin Fitzgerald has returned as Noire! Tara Platt hasn’t reprised her role as Vert, but Carrie Keranen does wonderfully in taking up the role. 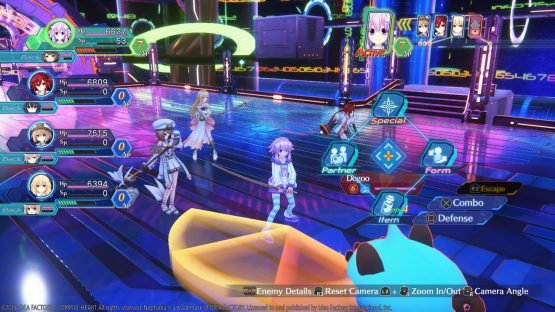 Megadimension Neptunia VIIR may not offer enough new content to entice players to pick it up, but if you haven’t played it yet then I’d recommend picking up this version for its gameplay and visual improvements – plus the VR content is nice. It’s an excellent JRPG and I’m very excited to get stuck into the Neptunia universe once again with Super Neptunia RPG out later this year.