When people think of the big Nintendo names, they probably think of Mario, Link, Chunky Kong, and all of the others that we’ve come to love over the years. Not enough people will say Ninten, Ness, or Lucas.

The Mother series is one of Nintendo’s crowning achievements and it’s a terrible shame that more people haven’t had a chance to play these gaming masterpieces. If you’ve never had a chance to play a Mother game before, here’s a retrospective look back to let you know what you’ve been missing, and why these tremendous RPGs are must-plays. 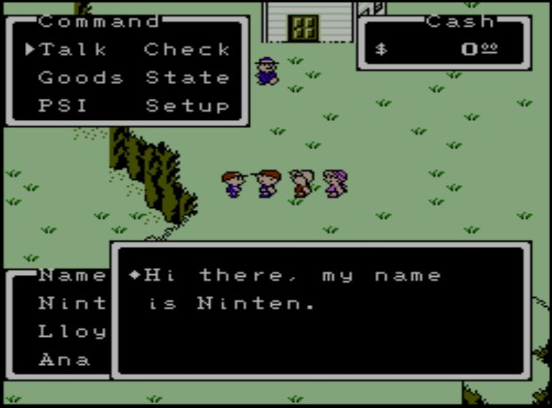 This is the very first game in the series, and originally released for the Famicom in Japan only. An English translation did exist, but never released due to the upcoming release of the SNES. Thankfully, it has since been released worldwide via the Virtual Console (in 2015). I tend to find a lot of games from that era are lacking in emotional depth. Sure, they can be fun and engaging, but they rarely make me feel anything significant. Mother is an exception.

The story follows a boy named Ninten as he sets out across the world in order to find out the cause of some dangerous psychic disturbances, and to uncover some secrets in his family history along the way. His adventure takes place in a fictional region within America. He makes some good friends on his travels and also encounters some weird and creepy things. 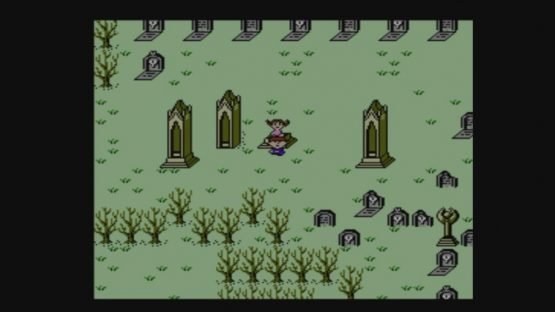 The game’s world is full of comedic weirdos. You’ve got the man who tells you proudly “Don’t take me for an ordinary man, though I am just an ordinary man”, and the teacher who casually sells weapons from the classroom. Everyone is like that. But on the other hand, you’ve got unashamedly raw emotions. The fact that such bizarre statements are made alongside comments of heartfelt sentimentality helps it all feel very sincere.

The 8-bit music seems rather sweet and the ending is particularly moving. It may not be quite what the series would become in later instalments, but it’s pretty amazing for its time. 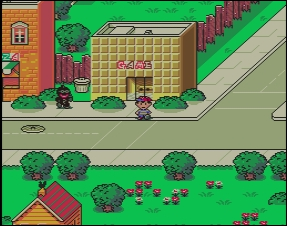 This is probably the game that introduced most people to the franchise. It is a sequel to the previous game, but it can also work as a standalone title. It takes everything which was great about the original and takes things a lot further. The world you explore is larger, all of the characters are more fleshed out and everything looks and feels a lot nicer. The iconic Ness makes his debut in this game and he heads on a quest which is quite similar to Ninten’s.

This time, the oddball humour is noticeably darker and events in the game often seem as though they were made to parallel serious issues within the real world. This darkness only helps to further strengthen the bold emotional sentimentality which runs through the games. Bonds between characters are felt strongly and people aren’t afraid to express their feelings.  Wonderfully, there’s an extra theme of believing in yourself, which fits in perfectly. 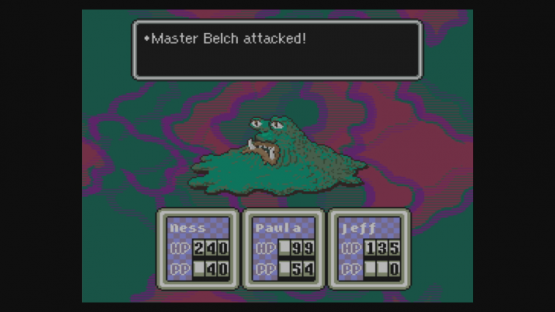 With the series moving to the SNES/Super Famicom, the improved hardware meant that the game could have even nicer visuals (they resemble a child’s drawing) and an amazing soundtrack. The ending is even more moving and you’ll find that parts of the game are not only creepy, but downright disturbing. 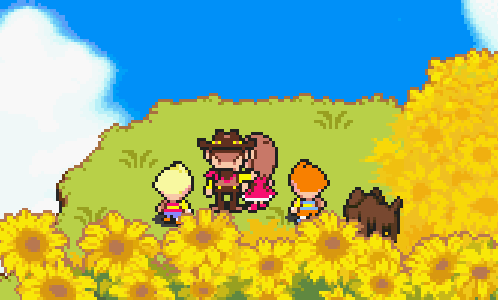 The third and (so far) final instalment in the series tells us the story of Lucas and his family. They have an idealistic life in the mountain village of Tazmily. I’d hate to spoil the story, but things get disrupted, which sets Lucas out on a quest (which lets us see the perspectives of lots of different characters.) Things are more serious from the beginning this time, but the bizarre, oddball humour is still there and you’ll still find yourself laughing out loud quite often.

But don’t get too used to the laughter, because it will soon turn to tears. In the other two games, things were somewhat simpler for Ninten and Ness than they are for Lucas. It’s as if the series is maturing alongside Lucas, who’s doing the same. There are a lot of laughs and a lot of silliness, yes, but this is a game that isn’t afraid to break your heart. “That’d be too upsetting, surely?” you’ll ask yourself and you’ll be wrong. 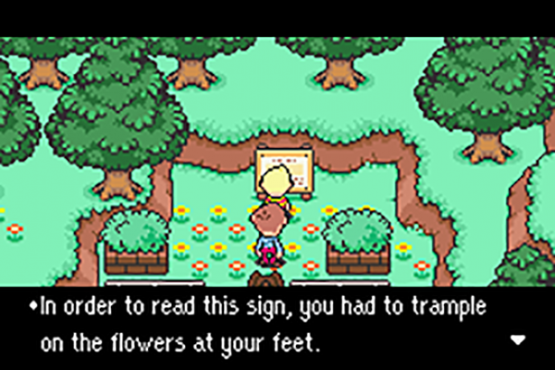 The third game was released on the Game Boy Advance and so far has officially only come to Japan. If you want to experience this story, your best bet would be to download the unofficial fan translation. Since this won’t cost you anything, you definitely should. While the game does tie back to the other two, it is (once again) essentially standalone.

It is one of the best artworks which I have ever had the privilege to consume. It’s the kind of game which makes you want to tell the people who are most important to you that you love them. It helps you to enjoy life with renewed appreciation for things. Isn’t that the best thing art can do? 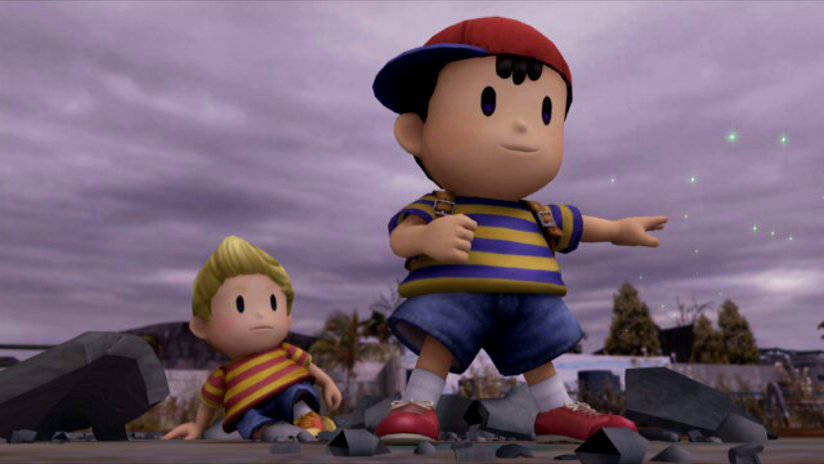 The Mother series does not currently seem to have a future. Some people look to the likes of Undertale for a spiritual successor and claim that a fourth game might damage the franchise’s integrity. While I am unsure about that, it certainly isn’t to the series’ detriment that it’s made up of nothing but three fantastic titles.

For those of us who are hungry for more, the Super Smash Bros. series regularly pays tribute to Mother. Ness has been playable in every instalment, Lucas has been in a couple, various locations from the games have been turned into stages, and other characters have made smaller appearances. Smash Bros. has also give us some great renditions of classic Mother music.  Occasionally, we’re thrown other bones too — like Mr. Saturn in Kirby Super Star, and various Mystery Mushroom characters in Super Mario Maker (including Master Belch!) 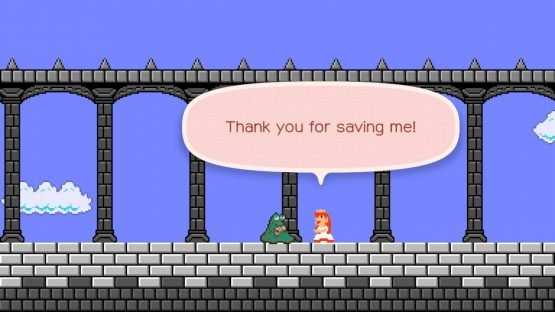 For now, it’s nice that these three fantastic games exist in a nice and complete little bubble. I would not be averse to seeing an official Mother 4, but I also think that the series will always have a strong legacy with or without that. It would be nice to see Mother 3 receive an official international release (perhaps on the Nintendo Switch) because it would be good for more people to play it. Honestly, the whole trilogy is fantastic and you’d be doing yourself a great service by going out of your way to experience it. 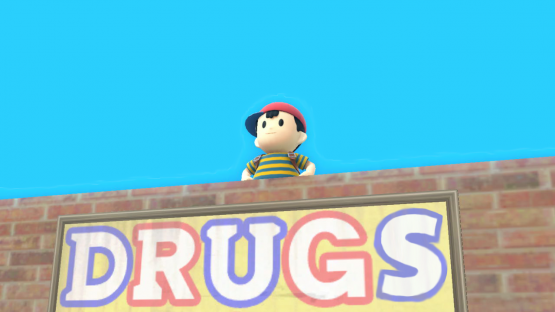