Muse Dash Coming to Switch and PC in June

Publisher X.D. Network has announced rhythm action game Muse Dash will be coming to both Switch and PC this June! The Switch version will  be available in North America, Europe, and Australia, while the PC release will be worldwide. Check out the Switch trailer below for a taster of Muse Dash‘s catchy, colourful splendour!

Muse Dash originally released as a mobile game back in 2018, but now comes to Switch and PC via Steam with English, Japanese, Korean, Simplified and Traditional Chinese language options. The game’s DLC will be included in the Switch version and available separately for PC. The PC version gets a lovely limited-time skin for Marija too. 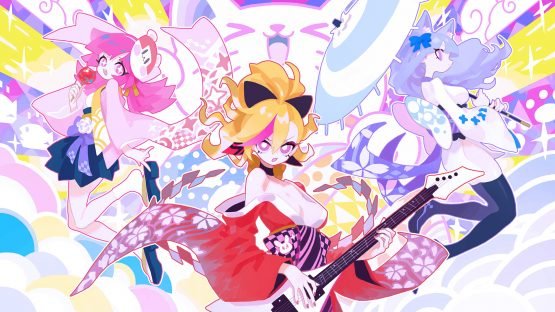 Here’s an overview of the game and its key features from its Steam page:

Come and fix the world movement tampered with by a mirror image code with three beauties!

This is a world of the perfect combination of a cool parkour game and a traditional music game——Muse Dash!!

You’re destined to be our Master!

What? You don’t have nimble fingers? Meow~ Don’t be too modest!

So, don’t worry! If you do not excel in playing action games,

you can still overcome the difficulties by dancing to the music!

Choose your favorite beauty to go through the romantic backdrop. Now let’s get started with our journey to wipe out all the adorkable monsters!!!

Dance to the music and beat enemies from above and ahead with simple left-and-right operations. Be careful of the barriers! Although it’s not difficult to operate, but it’s definitely an interesting game! There are abundant songs to select and meticulously designed beats! Just wait to be stunned!

You will go through an unprecedented experience of the perfect visual effects of a parkour game and the traditional gameplay of a music game.

◆ Different music styles are matched to different scenes, enemies and Bosses.
We have beauties, adorable pets and even adorkable enemies! Believe me, you will even be impressed by the Boss!
What? You’ve had enough?? Alright, that’s the most I can do for you… 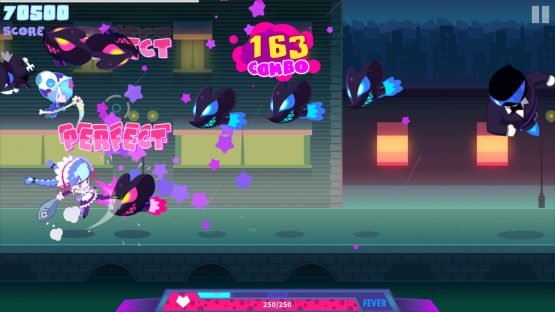 In addition to the catchy soundtrack, the game’s art is so dynamic and adorable! I’ll definitely be keeping an eye out for when we get a more specific release date!

Muse Dash releases on Switch and Steam in mid-June.