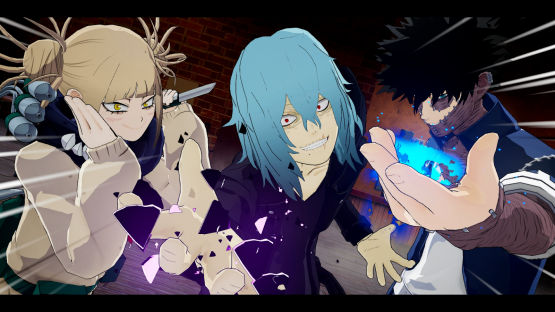 Sound-wise, the soundtrack is really well done – as is the voice-acting which like the first game, is only done in Japanese. I personally would have loved to have Dual Audio as Bandai did include a dub for One Punch Man: A Hero Nobody Knows and the fact that My Hero Academia is a huge success in the western regions makes me feel like it would have been worth the time and effort for them to include the English dub for fans who have been watching the dub of the anime. 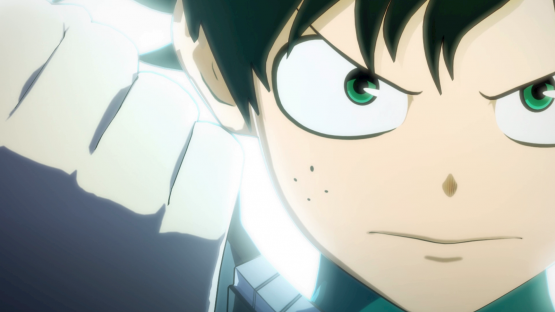 The Story mode of this game starts from the end of the Hideout Raid arc and goes through the Provisional License Exam arc, up to the Shie Hassaikai arc. The Story is presented in both the Comic Book-style cutscenes the first game had, where they show off anime screenshots, character art, moving images made with the in-game engine, and all-new cutscenes which are well-animated. Unfortunately it seems most of these are relegated to the villain side of the Story mode. The story unfolds in Main and Sub events where you either fight another character or can kick back and relax and watch a cutscene. I have had a good amount of fun while playing through the Story mode. 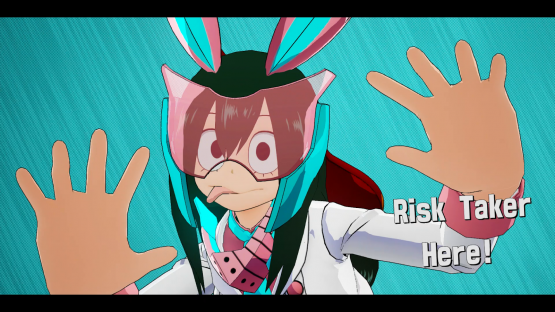 In addition to story mode, you have Mission Mode where you go through various missions which require you to beat various characters before they destroy an area. There’s also Free Battle, where you can fight with your friends or fight the CPU with various rulesets; including a new additional mode where you can fight with up to 4 characters on the battlefield with a friend of yours. This can also be done online but you do need your friend to be around with you locally with their own account depending on the system you are on, which seems like an odd limitation in my opinion.

And of course there is the Online mode, where you can fight with other people around the world in unranked or ranked matches. There are penalties in place for those who rage-quit where they can only play with other rage-quitters – which is a pretty good thing for games like this.

There is a decent variety of single player modes to go through, which even if a bit mixed, is a good thing. 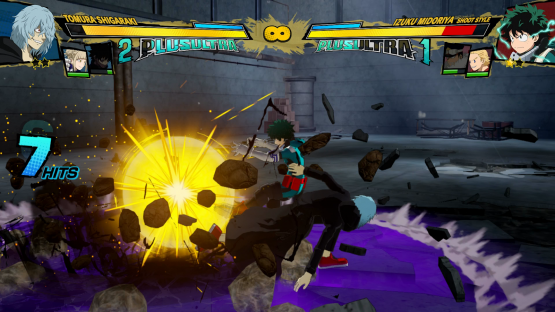 My Hero One’s Justice 2 plays a lot like the original One’s Justice, where you pick 1 main character and two sidekicks who act as support attacks. However the game has been tweaked in a lot of ways. You can now sidestep and dodge attacks while guarding. Your sidekicks can now use their Plus Ultra 1 Supers at the cost of your Plus Ultra meter and sidekicks can also work as a combo breaker. For some teams like Shigaraki, Dabi and Toga you have Special Plus Ultra All Team Up Supers, and a whole other host of improvements like Dash Cancelling being able to be done more than once at the cost of meter, and some stages even feature stage transitions in the form of destroying the ground to send you down further down that stage’s arena. Gameplay also feels a lot less floaty compared to the original and stages that previously had Ring Outs have been revamped to have an invisible wall. The returning characters have been re-balanced with new moves, and of course there are new characters added to the cast. 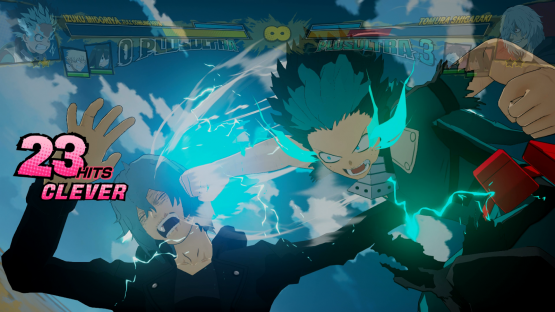 The 41 playable character base roster also feel very unique in their own ways with their own Quirks and abilities. This is a welcome touch for arena fighters, since most of the time these games have a lot of characters that feel and play the same. Not here though. You have a whole host of different fighting game archetypes represented like zoners, rushdown and setup characters. This adds a good amount of depth to the game which isn’t the usual fare for most anime-based arena fighters

As for the Online experience I have had a pretty good time with it. The netcode does its job pretty well with most of my matches going pretty smoothly. I did encounter a few matches where there was a bit of lag present but that is all dependent on your connection of course.

My Hero One’s Justice 2 is a huge improvement over the original. There are a lot of neat updates to the gameplay, and the overall improved performance on the Nintendo Switch version is welcome. This is one of the few arena fighters that I can say has a lot of depth to it with all the various unique characters with their quirks and abilities. It’s 100% worth the pick up in my opinion for My Hero Academia fans, especially those who are looking for a fun arena fighting experience! PLUS ULTRA!

Top 10 Anime OP’s Ever
Recommended Products from our Store: