We enjoy excessively flashy turn-based JRPGs here at Rice Digital Towers, and Death end re;Quest is looking to be right up that metaphorical street. With the game already confirmed for February 19th 2019 in North America and February 22nd 2019 in Europe, Idea Factory have been continuing to drip feed new information about the title, today giving us a look into the Bug Skills in the game.

When exploring the mystical dungeons of the World’s Odyssey, players will come across areas filled with impossible gaps, high-to-reach places, and even molten lava. With character-specific Bug Skills, players can access these areas with ease! Bug Skills are unique skills that each party member in World’s Odyssey can use to traverse through impossible gaps, high places, and even molten lava. Check out each character’s unique Bug Skills below! 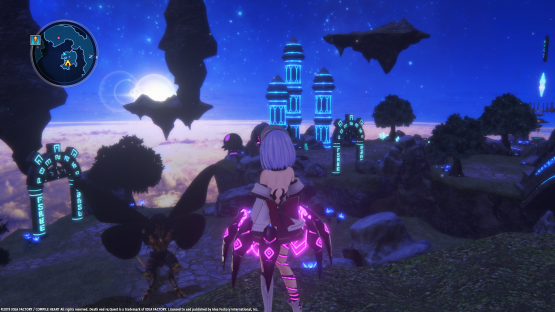 For those interested in the story, it follows Arata Mizunashi, a video game programmer, who receives a notification from an email sent to him by Shina Ninomiya, a colleague of his who went missing nearly one year ago. Together, they worked to create World’s Odyssey (W.O.D.), an immersive virtual landscape powered by breathtaking, state-of-the-art technology. That is, until Shina’s sudden disappearance put a swift halt to production. Arata discovers the startling revelation that Shina Ninomiya was stuck inside of “W.O.D.” the whole time.

When Arata delves hurriedly back into the lines of code haunting his forsaken project, he realizes that his game is now ravaged by an infestation of bugs, and that Shina is its only active player. Arata soon learns that a nefarious force prevents him from extracting Shina out of the game. Her only way out? She must complete the game to unlock the perfect ending—an outcome with a success rate of 1%. On their journey, they encounter a slew of NPC characters that blur perceptions of humanity and A.I.-technology, setting into a motion a thrilling narrative that calls into question the differences between the virtual world and ours. 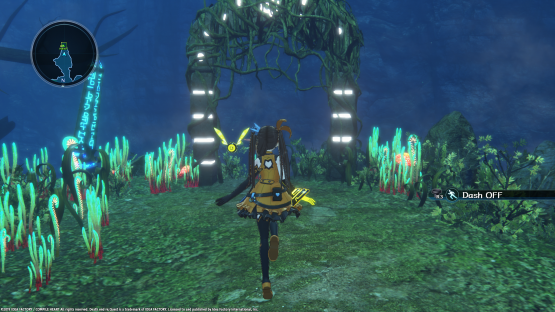 In case you missed this intriguing title, check out the announcement trailer below! Do you think you will pick this up? What do you think of the premise or aesthetic? Are you as tentatively in love with Death end re;Quest as us? Let us know in the comments, or on Twitter, and check back for more coverage of this and other Japanese titles.