Here’s a brief overview of the story:

A world where a sport called “Jet Race” is all the rage. In Jet Race, teams are made up of two members: a Jetter, who drives the vehicle, and a Shooter who shoots at opposing teams with a water gun. Protagonist Rin Namiki’s mother was a legendary Jetter, and she dreams of competing in Jet Race herself, so she leaves her hometwon for Asakusa, Tokyo. There she meets cool girl Misa Aoi and the two become a team. As they race against rivals, their bond as partners gradually deepens.

The Kandagawa Jet Girls anime starts airing on October 8th, but the first episode will be included as part of the upcoming livestream. The livestream will be at 8 pm JST on September 25th, and can be watched on YouTube, Nico Nico, and Periscope via the official Twitter account. 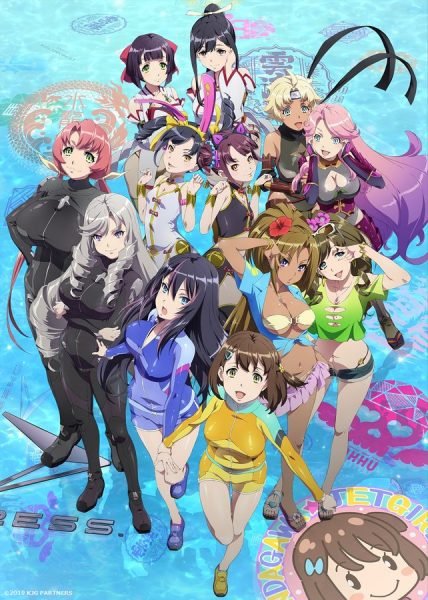 The anime’s looking good, but it’s the PS4 game I’m most interested in learning about. Just how is this thing going to play? Well, we won’t have to wait long to find out more!

Catch up on the previous trailer and read a bit more about the project and its staff here.