Netflix are teaming up with Production I.G, Studio Deen and MOI for their latest completely original anime project, Neo Yokio. It’s just a small part of Netflix’s ongoing efforts to become more and more involved with anime in the future. The anime will be a 6 episode series, and will land as a complete set on 22nd September 2017.

While Neo Yokio is being animated by Asian animation studios (Production IG and Studio Deen are Japan-based, an MOI is South Korean-based), the series is helmed by “creator” Ezra Koenig of Vampire Weekend fame (they’re a band).

Welcome to Neo Yokio, the greatest city in the world. It’s the most populous urban agglomeration in North America, but its prestige does not merely stem from its size. Neo Yokio is a diverse labyrinth of cultural and architectural innovation at the forefront of global fashion and finance.

All of this is cold comfort to the lovesick Kaz Kaan (Jaden Smith), the youngest member of a family of “magistocrats” – pink-haired demon slayers who once liberated the city. Today, his demon-slaying is barely more than a side-hustle coordinated by his Aunt Agatha (Susan Sarandon) – Kaz himself would rather concern himself with shopping, field hockey and – of course – mending his broken heart.

Always by Kaz’s side are his faithful mecha-butler, Charles (Jude Law), and his inseparable friends Lexy and Gottlieb (The Kid Mero and Desus Nice) as he navigates the complexities of life in Neo Yokio and tries to stay one step ahead of his arch-rival, Neo Yokio’s number one most eligible bachelor, Arcangelo Corelli (Jason Schwartzman.)

Things take a mysterious turn when Kaz is drawn into the turbulent world of ex-fashion blogger Helena St. Tessero (Tavi Gevinson), setting in motion a sequence of events that force him to question everything he knows about Neo Yokio. 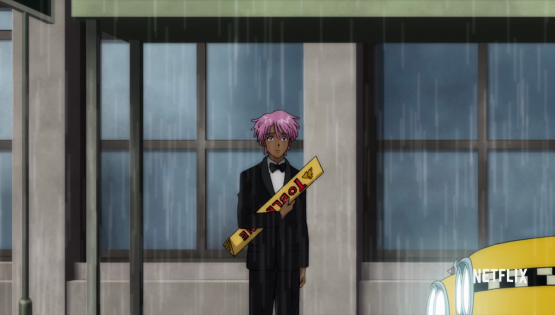 Tolberone is also in it.

There’s been no mention yet of Japanese voice actors. 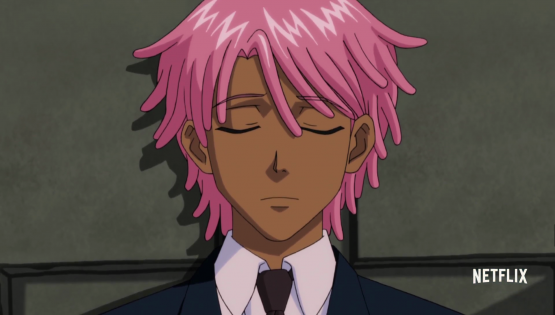 It’s an interesting concept and a bizarre project. It’s also releasing super soon. To be honest, the trailer didn’t exactly blow my face off. I like some of the ideas, but it doesn’t look all too polished animation-wise, and it’s coming out too soon to expect it to be much better unless they’ve been holding back more impressive visuals (and why would you do that for the trailer?). 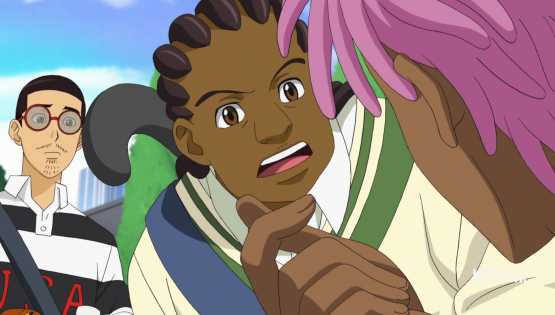 With three studios involved, it seems like people were hustling to get this done. You’ve got to appreciate Netflix’s current work on incorporating anime, but there seems to be some things it internally doesn’t quite -get- about anime just yet. Holding all the episodes of Little Witch Academia hostage until it finished airing, for instance.

If Netflix tried to rush Neo Yokio through production when these busy, big name studios had a lot of other projects going on, then it might not have been allowed to get the production attention it deserved.

But, we’ll have to wait and see how it turns on. Landing in just a few weeks, we won’t be waiting very long. Neo Yokio releases on Netflix 22nd September 2017.