A teaser PV for the new Nitro+Chiral game, Slow Damage, has been released!  The video was previously shown at the Chiral Night 10th Anniversary event, but is now publicly available on the game’s official site and the Nitroplus YouTube channel. Check it out below:

As with all teaser trailers, there’s not a huge amount of information, but the video gives a really great sense of the game’s atmosphere. As well as showing sketches of some of the characters, there’s some overlaying text, but a lot of it is hard to catch. The main text at the end can be translated as “I need help.” Whose help? Mine? or “I want you to help.” For who? For me?.

I was really excited to hear a new Nitro+Chiral game had been announced, and am eagerly taking in any information on Slow Damage made available, so this is a great first step! The sinister music from the trailer and the glimpses we’ve seen of the art have a similar vibe to Togainu no Chi and Sweet Pool. Being Nitro+Chiral anyway, you know it’s going to be crazy in a terrifying and brilliant kind of way. 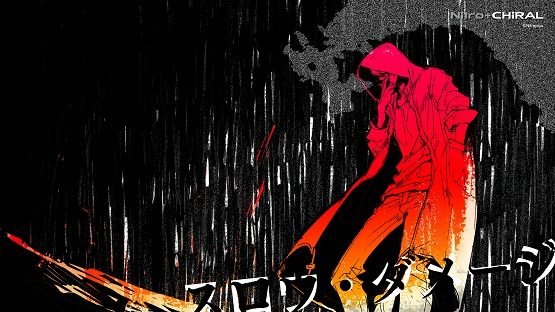 The above wallpaper was also uploaded to the game’s site in PC and smartphone sizes, and will be available for download there until 10th January.