Well, that’s quite the trailer! The cute animal outfits, the bouncy…music. We’ve seen some of Peach Ball: Senran Kagura in action before and it continues to look like shamefully good fun here!

With so many girls to choose from throughout the Senran Kagura series, it’s almost a little disappointing that Peach Ball: Senran Kagura seems to be focusing on the same small selection from Senran Kagura: Reflexions though. I guess we’ll have to get used to this little group being the spin-off gang!

A limited edition was also announced previously, which features both Peach Ball and Reflexions complete with all of the latter’s DLC and a few extras. Looks like the Senran Kagura girls are here to take the Switch by storm! 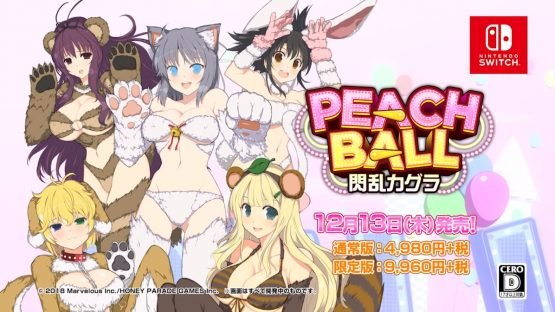