Maricar (now Mari Mobility Development Inc.) run the un-official real life Mario Kart tours in Japan, in which you can dress up as versions of the characters and drive around the streets of Tokyo in actual go-karts. Unfortunately, they tow the line very closely with their Mario Kart inspiration, and Nintendo have decided they’re not fans.

It’s been ongoing for a while, and now we’ve learnt that Maricar have been ordered to pay 50 million yen, up from the original 10 million yen. Nintendo felt that the use of their characters, the similarity of Maricar to the Japanese abbreviation of Mario Kart – Marika, and the fact they refer to themselves as the Real-Life Mario Kart was enough for them. 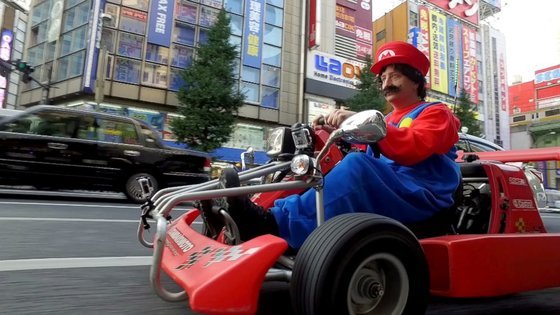 Nintendo sent out this press release, thanks to SiliconEra for the translation!

As already informed previously, in the interim judgement for this lawsuit handed down by the Intellectual Property High Court on 30 May 2019, the acts of the defendant company such as using displays like “Maricar” [in alphabet and katakana] for business and lending costumes of Mario and other characters are acknowledged as Unfair Competition Acts. In this judgement, based on the decision from the interim judgement, the defendants are ordered to pay 50 million yen for damage reparations (the full amount of money demanded by our company in this lawsuit as part of damages caused by said unfair competition acts), and the defendant company is also ordered to stop these unfair competition acts among others. In order to safeguard our company’s important intellectual property that we have built up with our effort for many years, our company will still continue to take necessary measures against infringement acts on intellectual properties including our company’s brands.

The president of Mari Mobility Development said that the decision is ‘regrettable’.