Nippon Marathon is a Hilarious Game Coming to PC, Switch and More

Nippon Marathon is set to come to Switch, PS4, Xbox One, PC and Mac later this Winter, although you can pick it up on early access on Steam right now! Play with up to three other friends as you participate in the world’s most outlandish races, and where friendships will be tested.

Grab it on Steam here! 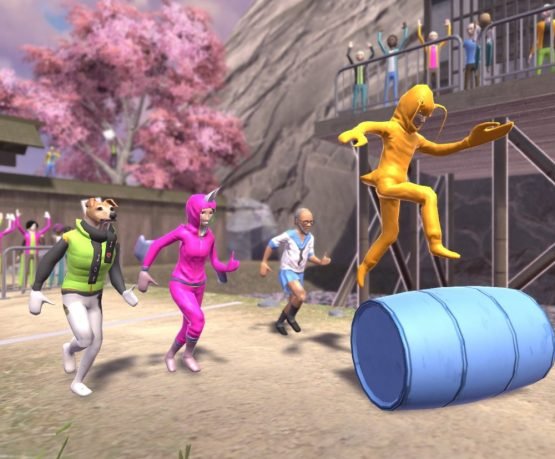 PQube and Onion Soup Interactive have teamed up to bring Nippon Marathon to various systems, complete with a variety of courses, a single-player campaign, and various party modes. There’s drop-in/drop-out play, and I see this being a hit for Switch owners.

As you can see, Nippon Marathon looks absolutely bonkers. You’ll have to dodge multiple obstacles such as cyclists, Shiba Inu, natural disasters – and man-made disasters – as you race to be the first to cross the finish line.

Nippon Marathon is available now on Steam early access, with more content to be added, and it’ll release in full on Switch, PS4, Xbox One, PC and Mac this Winter.