The Nippon Marathon soundtrack has been released by PQube onto Steam! The soundtrack for the crazy physics-based game features songs from Diana Garnet, who has worked on Naruto Shippuden, Meow Meow Japanese History and more and is available now. 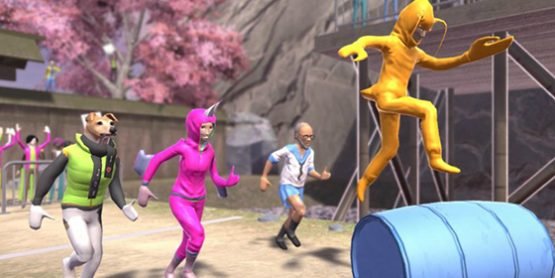 PQube announced the news today in a press release, whilst also giving a description of the game for those who aren’t aware.

Nippon Marathon – billed as Micro Machines meets Takeshi’s Castle – is a hell for leather race across Japan and finally out! Slip into your Narwhal Onesie, Lobster Suit, School Uniform or… er… dog body and charge through locations across Japan!

I couldn’t think of a way to put it any better than that, the game is pure madness, and reminds me of games like Gang Beasts, which is just outright hilarity when playing with friends. The soundtrack is a perfect accompaniment to the chaos of the game, and now you can purchase it for your own listening pleasure!

Have you tried the insanity of Nippon Marathon?

You can get the soundtrack here!