Being somewhat familiar with Nurse Love Addiction from the same series, I knew better than to take Nurse Love Syndrome at its fairly plain, unassuming face value. Or so I thought. In the case of Nurse Love Syndrome, it turns out what you see is largely what you get. It’s got its good points, but it’s still a little rough around the edges.

From the get-go, Nurse Love Syndrome teases a deeper story, with mystery and supernatural elements bubbling under the surface, but these are sadly spread thin over hours and hours of fluff. Not even the good kind of fluff either. For every hint at sweet romantic interaction between the main characters, there are scenes and scenes of pointless, empty chatter to get through.

While it does favour a more casual slice-of-life approach for the most part though, Nurse Love Syndrome can expertly build tension when it needs to. Big, fast-paced incidents in the hospital and the sinister hints towards the game’s underlying mystery are presented with chilling effectiveness.

Nurse Love Syndrome can expertly build tension when it needs to.

Protagonist Kaori has her own sprites and is fully-voiced, which is always nice for visual novels to do. It’s particularly effective for a character like Kaori, whose personality is quite apparent, as opposed to many less-defined visual novel protagonists where the aim is for the player to project on to them.

The central characters are not the most striking bunch, however. I wouldn’t say I outright dislike any of them exactly, but it’s a pretty mixed bag for most of them. Kaori is adorable, but so air-headed even I want to shake her, and, while the Chief is endearingly shy outside of work, she’s overly harsh and icy in it, even after Kaori’s repeated attempts to be kind to her. Character growth is slow and, unfortunately, that sours me towards all of them in general. Nurse Love Syndrome is definitely a slow-blooming affair, though the end result does make the lengthy run-up feel more worthwhile. 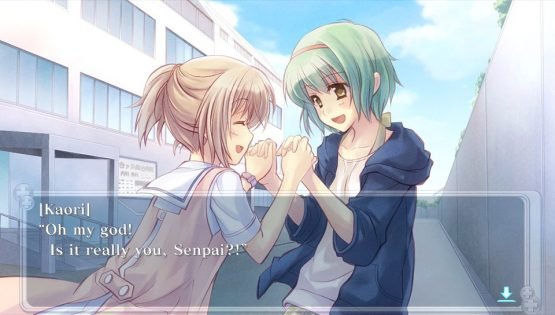 Another thing that particularly stood out to me about how Nurse Love Syndrome handles its characters and their interactions is that its overly harsh to its protagonist. I understand she’s a newbie and being taught by the more experienced members of the team is a good way to explain things to the player and for the characters to build up their relationships. However, Kaori’s lack of knowledge, skill, and experience are played up so much that not only is it hard to take any stock in her as a licensed nurse but it also often comes across as though no one else in the game can stand her.

Scene after scene of Kaori making a mistake, being yelled at for the mistake and then again after apologising for ‘taking her job too lightly and thinking an apology will help’ and being made to sit and think about what it truly means to be a nurse becomes too much. It’s shot upon shot of disappointing everyone around you despite your best efforts, and that’s, unsurprisingly, not really a fun time. I’m starting to think that, rather than being a yuri visual novel, Nurse Love Syndrome is actually a second-hand embarrassment simulator. Not a genre I expect to be popular. 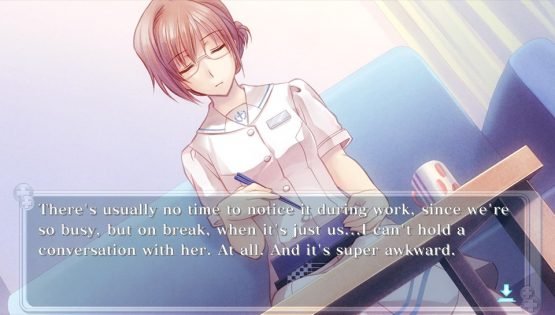 The game comes across as somewhat confused in its objectives.

I admire the attention to detail Nurse Love Syndrome goes into regarding Kaori’s life working as a nurse, telling us about her day to day tasks quite vividly, but I, probably like many players, didn’t come here to learn the minutiae of being a medical professional and both the mystery and romance elements are somewhat sparse, particularly in the rather extensive common route. When chapter after chapter the most action you’ve had is tittering about catching a glimpse of the Chief’s lovely, womanly panties, the game comes across as somewhat confused in its objectives. Still, I do take some delight in its ability to teach me things through the power of cute girls! 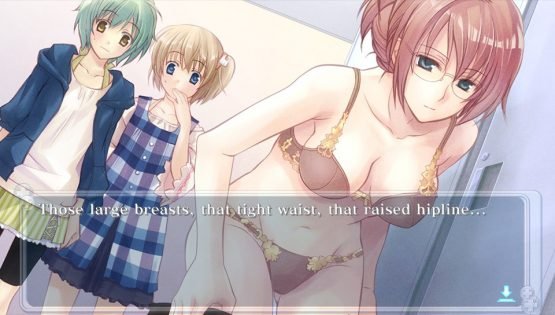 A lot of the issues with Nurse Love Syndrome come down to poor pacing. The narrative is divided into distinct, separate scenes within its fairly lengthy chapters, and this can make the story come across as disjointed at times. Also, the game begins very, very slowly. So slowly that it seems like nothing is going to happen until you finally make your way out of the common route. Then it just sort of dumps fairly melodramatic character route on you like there’s no tomorrow.

This version of Nurse Love Syndrome includes all the added content from the Re:Therapy version in Japan and has over 20 endings, such as Good endings, Rejection endings, and the mysterious Gatekeeper endings. There really is a staggering amount of content, but more is not always better and Nurse Love Syndrome suffers for that. The characters new to Re:Therapy are very nice additions, but the extra scenes – especially the epilogues – have a tendency to drag. 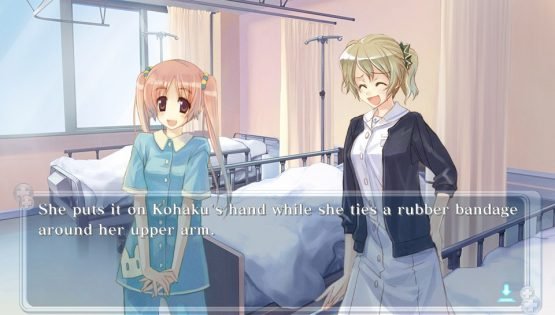 The art is nice, but lacks a little polish.

Similarly, as the original Nurse Love Syndrome actually released before Nurse Love Addiction in Japan, the elements Addiction improves upon are clear while playing Syndrome. The art is arguably one of these. Like many aspects of Nurse Love Syndrome, the art is nice, but lacks a little polish, and doesn’t quite hold up to Addiction‘s gorgeous visuals.

The game is complimented by a catchy piano soundtrack, appropriate for the game’s generally relaxed and light-hearted atmosphere, but also well implemented to help ramp up the drama or emphasise more tender moments. The voice acting is also superb and breathes a lot of life into the characters. 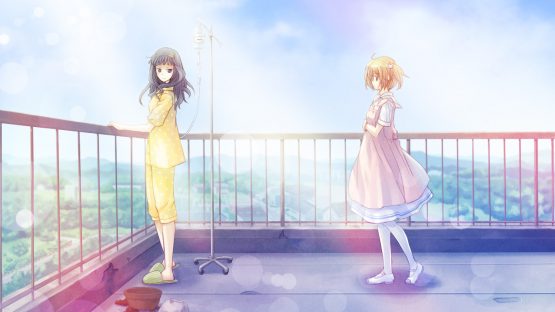 Nurse Love Syndrome has the capability to be both heartwarming and deeply emotional.

When it does go full-force, Nurse Love Syndrome has the capability to be both heartwarming and deeply emotional, and these stronger moments do lessen the blow of the trivialities preceding them.

If you’re looking for a sweet yuri visual novel and you have a lot of time on your hands, Nurse Love Syndrome is just the ticket, and it’s pretty easy to become invested as you go. However, its penchant for going into every little detail and pacing issues certainly mean it won’t be to everyone’s taste.