Any anime with a semi colon has its work cut out as that’s a clear sign that it’s by author Chiyomaru Shikura and so it’s hard to temper expectations when his name is tied to one of the greatest anime and visual novels of all time – Steins;Gate. I believe on judging something based on its own merits though, and Occultic;Nine is an entertaining watch.

High school student Yuuta Gamon wants an easy life and he runs an occult blog, Kirikiri Basara, in the hopes that the recent interest in the occult will lead to plenty of ad revenue and exposure – he does scoff at the idea of the occult though. Whilst his blog struggles to hit the big time, it does pick up the interest of eight other individuals. Their lives intertwine and as they search the occult further, they come across things that defy all common sense. 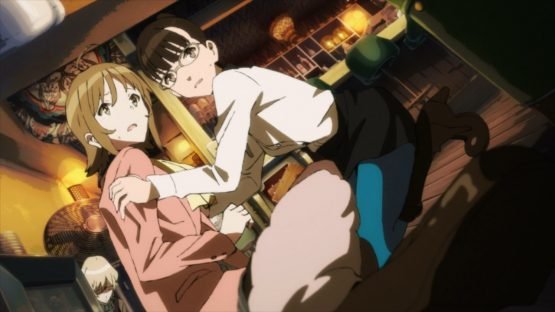 The first episode isn’t great as Yuuta and his best friend, Ryota, don’t make the best first impression with their wacky attitudes. They sober up and once more characters are introduced they’re able to bounce off of them in a more satisfying way.

You’ll rarely hear about someone talking about the Occultic;Nine anime and not mentioning how ridiculously large Ryota’s breasts are though – they’re focused on a lot, and they seem horribly out of place in the series’ serious story and gorgeous art. She serves primarily as comic relief, but she was a bit too outlandish for my liking. 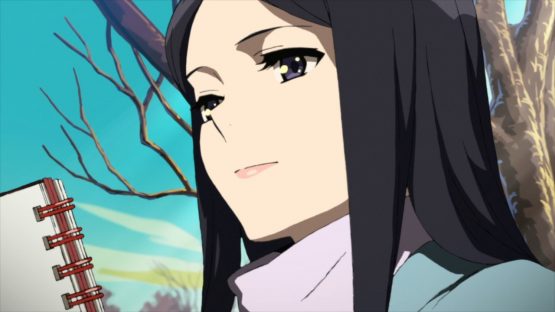 The plot takes a few episodes to kick off but there are enough mysteries being introduced that it kept my interest, and I’d happily welcome a second season. It’s difficult to balance the lives of so many main characters and yet ensure that they all receive a decent amount of character development and contribute to the plot, but Shikura does a fantastic job in not leaving anybody out. 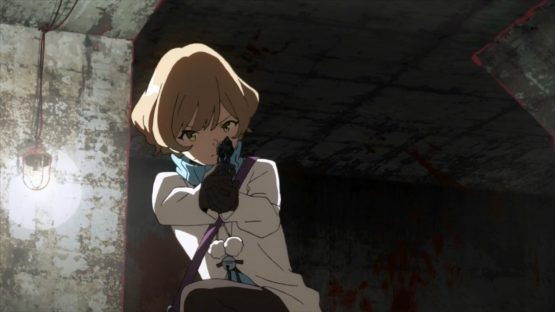 As mentioned earlier, Occultic;Nine is a beautiful show. Its character designs and stylish art are easy on the eyes, as expected of A-1 Pictures. It’s smooth, fluid and detailed, and there’s very little not to enjoy visually. There isn’t too much in the way of action but suspense grows with each episode, and there are a handful of grotesque scenes that don’t gloss over how horrible some of the series’ events are.

I waited for the English dub instead of continuing this when it aired, and I’m happy that I did because I enjoyed it more. Now now, I love Japanese voice-acting and have zero problems with it, but I find English-voiced anime easier to digest and enjoy. There’s a great cast here including Erik Scott Kimerer, Robbie Daymond, Cristina Vee and Erica Lindbeck, and several others who I’m familiar with and big fans of. Alongside the brilliant voice-acting are a set of catchy opening and ending themes, and a soundtrack which deftly jumps between serious notes and upbeat tones as needed. 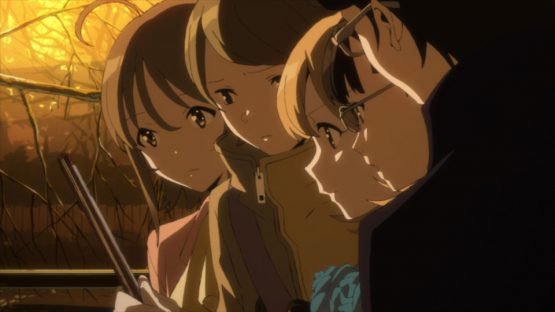 Occultic;Nine jumps around a fair bit and can sometimes be a little slow-paced and you’re more likely to persist with the show if you like the characters, but there’s enough mystery to keep you guessing without hopefully losing your attention. It’s similar to Durarara!! in how it juggles its characters and tackles its story, and like in Durarara!! you need to get through a few not as enjoyable episodes to get to the good stuff.