Senran Kagura is aiming to take other genres by storm and with Peach Ball: Senran Kagura, the series is tackling the pinball genre! A bunch of new Peach Ball screenshots have been released alongside details of a Japan-exclusive limited edition, but who knows what the West will get?

Peach Ball takes place in a theme park where the Senran Kagura girls are dressed up as beasts, and you have to get sick scores in pinball because why not? It looks pretty fun and, as a Switch exclusive, it’ll utilise the Joy-Cons HD rumble feature to best recreate the feeling of playing pinball. Customisation and interacting with the girls are both returning features too.

There will also be a limited edition combining Peach Ball and Reflexions, with the latter coming with all of its DLC. It will also come with extra DLC costumes, a ball set and a diorama. 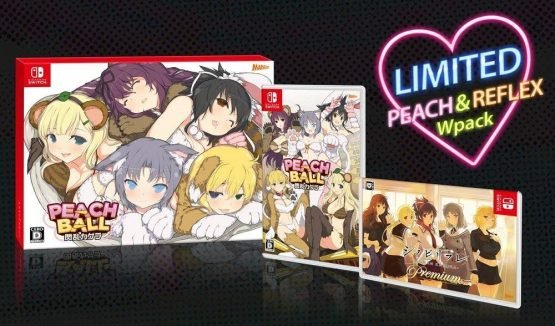 Peach Ball: Senran Kagura releases exclusively on Switch in Japan on 13th December, with a solid release date for the West yet to be confirmed.