Persona 5 Royal Available In More Languages Than Ever

ATLUS and SEGA announced that Persona 5 Royal will be arriving with even more localisations than ever before. For the first time ever in the series, the game will be available in English, French, Italian, German and Spanish.

ATLUS and SEGA announced the news today that Persona 5 Royal would feature fully subtitled localisations in English, French, Italian, German and Spanish. This is a first for the series to feature this amount of languages and SEGA and ATLUS are hoping it will allow more people to jump into Persona for the first time. 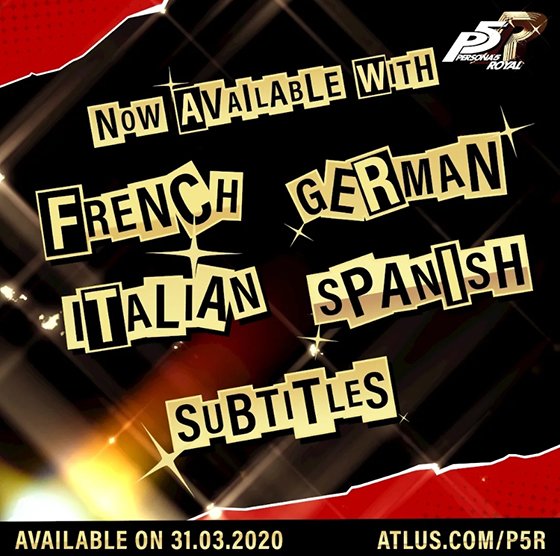 You can read more about Persona 5 Royal here.

Join the discussion on our Discord server: https://discord.gg/ZSV6pWG