Persona 5 S Stands for One of These? Maybe? Probably Not

So, Persona 5 The Royal is well and truly out in the open now. But what about the elusive Persona 5 S? We could wait and see what day 2 of the spectacular Persona Super Live brings…or we could come up with our own theories, so naturally we did that! Brace yourself for 5 things Persona 5 S could, but almost certainly will not, be! 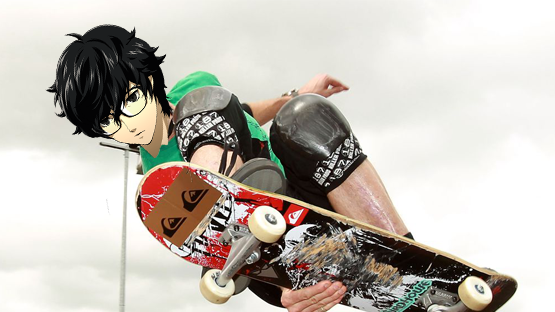 There’s only one thing I can think of that would make Persona 5 even more stylish than it already is and that is skateboarding! Dynamic flips and tricks complimented by an equally dynamic UI and some chic new street costumes for the characters! This one’s surely a winner!

I’ve already put more time than I care to admit into the Persona Dancing games and I think Persona 5 Skateboarding would have what it takes to become my next obsession. Looking cool, Joker! 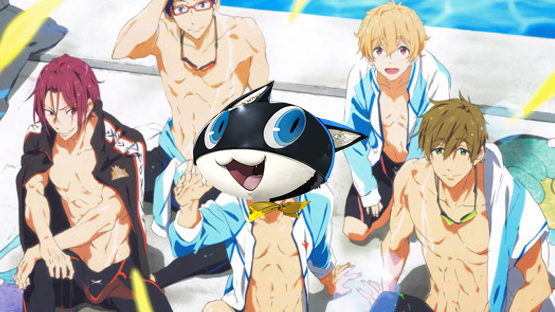 This isn’t just a desperate plea for fanservice. Honest, it’s not! I think Persona 5 Swimming could really help us see- er, learn more of the lovely cast. Just think of the possibilities. Touching, supportive conversations about Ryuji’s injury and everyone’s swimming abilities or lack thereof. Bikinis. Team bonding. Bikinis. Rousing, passionate speeches about what it means to win and the spirit of teamwork. Maybe bikinis?

It’d be like a whole game dedicated to a sports team Social Link! …Ok, ya got me. I didn’t really think this one through. But it could totally work, ok~? 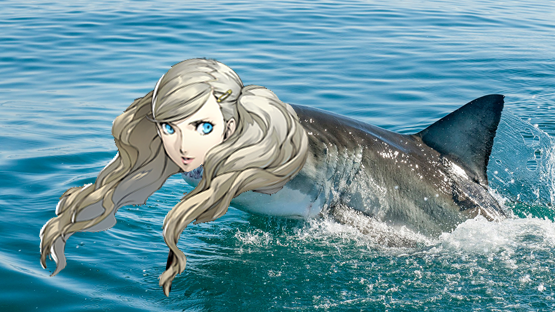 We’ve seen the Phantom Thieve as mice, so why not sharks? Is it practical? Certainly not! But it would be extremely cool. And why go to all the effort of going into someone’s heart and fighting your way through a dungeon when you could just…bite them until they change their ways?

With so much gameplay time simply vanished into ether in keeping with its shiny, new bite-first-ask-questions-later formula, Persona 5 Sharks even has a small enough file size to fit on mobile devices, so you can bite for what’s right on the go! 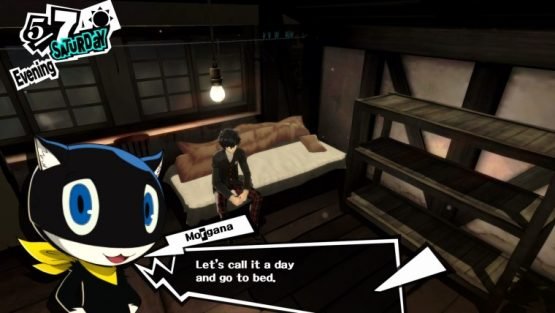 Persona 5 is already practically an advert for getting a good night’s rest, so why doesn’t Atlus take it a bit further with Persona 5 Sleeping All Night? Morgana-approved Persona 5 ASMR from the Phantom Thieves! Perfect listening for winding down after a long day!

After hearing the soothing voices of the Phantom Thieves through cutting-edge dummy head mic technology, you’ll never want to try and get something more useful done with your evening again! Score 1 for Morgana! Score 0 for productivity. 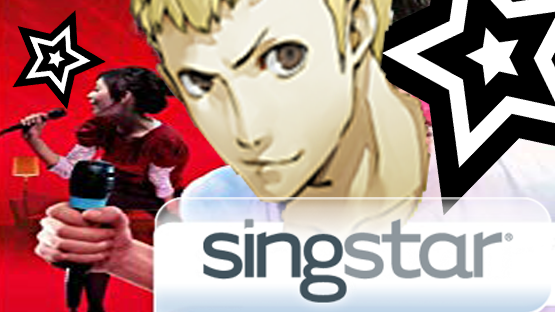 As seems to be tradition with the Persona series, Persona 5 has a truly stellar soundtrack. We’ve had the Dancing games dedicate time to the series’ sick beats, but Persona 5 Sing! takes a more hands-on approach, letting you sing (and rap) your heart out! something something YOU’LL NEVER SEE IT COMIIIIING!!!

I would absolutely play this and have only disappointed myself knowing it is but a dream. If anyone needs me, I’ll be starting a Persona tribute band, with no help from Singstar‘s delightfully simple, user-friendly technology. Or perhaps just listening to the Persona 5 soundtrack (again). Come get me when we know what Persona 5 S actually is, ok?

Would you play these games? “No” is a perfectly acceptable answer. Maybe you’ve got your own ideas for Persona 5 Something Else! Let us know in the comments!