It’s day 2 of the Persona Super Live concert and that means another thrilling announcement to follow up from yesterday’s Persona 5: The Royal info! This time it’s a collaborative effort with Koei Tecmo – an action RPG called Persona 5 Scramble: The Phantom Strikers! Take a look at the first trailer below:

Well, none of our ludicrous guesses from before held any water at all, which is probably for the best! I’m sure some people will be upset that it’s not Persona 5 for the Switch, but this is so amazing! And while it’s not Persona 5 itself, it’s still a release for the Switch too. I can’t believe I never thought of a Persona Warriors game before – that’s such an incredible idea! I for one am certainly thoroughly surprised and also pleased. 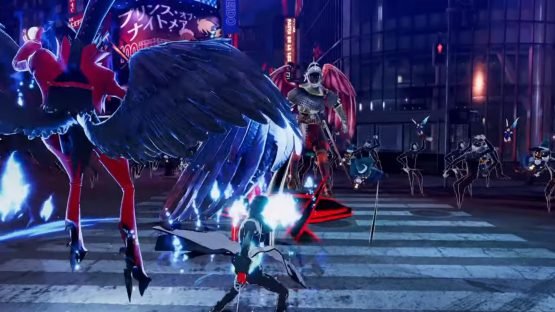 Hopefully, we’ll get some more details about the game soon enough. I can’t wait!

Are you happy with the reveal? Let us know in the comments! You can check out the shiny new website for Persona 5 Scramble: The Phantom Strikers here.

Persona 5 Scramble: The Phantom Strikers will release on PS4 and Nintendo Switch.