After releasing on 3DS four years ago, and on iOS devices shortly after, a Phoenix Wright: Ace Attorney Dual Destinies Android release is finally here! It’s now available on Google Play for $19.99/£17.49!

While the iOS version of the game released episodically, the Phoenix Wright: Ace Attorney Dual Destinies Android version sees the game ported over in one full package, which is always good! Both Apollo Justice and Dual Destinies are available on mobile devices now, so I imagine we’ll be seeing more titles from the series come over at some point too! 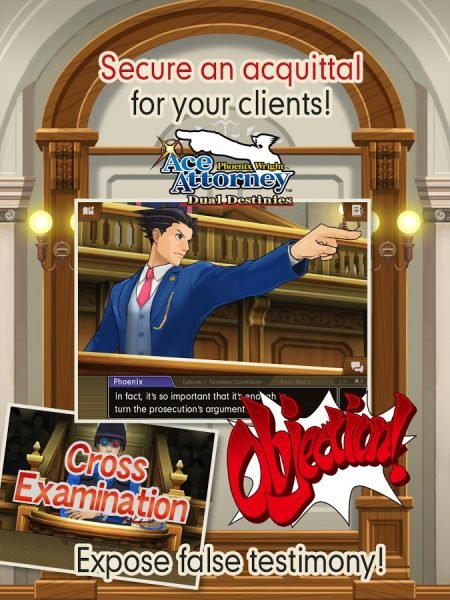 Dino Crisis Remake Could Be Coming After New Trademark
Recommended Products from our Store: