Platinum Games’ The Legend of Korra Out Now

Sometimes The Legend of Korra and its predecessor Avatar: The Last Airbender are the subjects of discussion as to whether Westerners can ever create “anime”. It doesn’t sound like a great debate to me. I couldn’t care less about labels. Except, perhaps, the label on the (digital-only) spine of the The Legend of Korra game that says it’s developed by Platinum Games.

Video games based on popular anime/cartoon franchises are nothing new. They can be a bit of a crapshoot as to whether they’re good or not. Rugrats: Search for Reptar? Fantastic. Rugrats in Paris: the Movie (the game)? Awful. I can only measure things in metrics of Rugrats games, and to me that looks like a pretty 50/50 split. When I first heard there was going to be a Legend of Korra video game based on the Nickelodeon show I shrugged and said “that makes sense”. 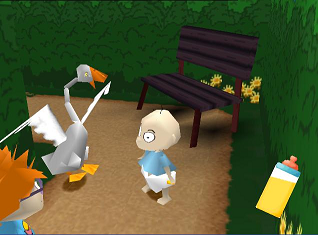 “Off the hook” gameplay at its finest.

I passed my eyes over a screenshot that seemed to mimic the animation style of the show pretty well. It caught my interest, but really behind my eyes was the sadness only present in those who have played the pretty mediocre Samurai Jack video game. Then, I found out it was being made by Platinum Games, and it all changed. I allowed myself to get excited, and that’s coming from someone who’s at best seen only a handful of Legend of Korra episodes. 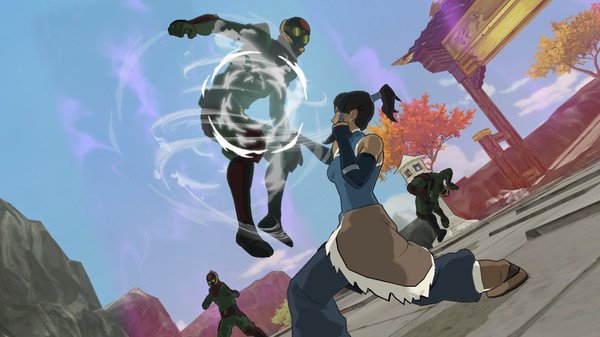 There’s a behind the scenes teaser video out there for the Legend of Korra game that I’m going to post below. Robert Conkey of Activision explains the decision to bring Platinum Games on board to develop it, saying it’s “right up their alley” as the type of slick fighting in the Legend of Korra show is something they’re “not only capable of doing, but capable of excelling at”. I definitely couldn’t agree more. Platinum Games are masters of the craft when it comes to the stylish action genre, having proved time and time again that they can hit all the solid notes fans of the genre expect, but that they also aren’t afraid to innovate on them. 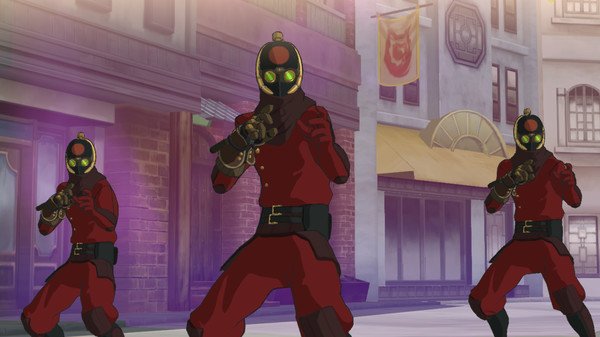 The main twist in Legend of Korra comes from the different elemental “bending” styles, all four of which can be switched between during combat to mix it up. At the beginning of the game, though, you have access to the none of them, and have to earn them back throughout the course of the game. It could be a good way to build up the stylish action blocks progressively, which could make Legend of Korra ideal for those new to the genre. I don’t know if you can do a New Game + with access to the full moveset from the beginning, but I would imagine so. It’s that and the harder difficulty, included, says Atsushi Kurooka, to appeal to Platinum Games fans, that’s really going to draw in the more hardcore fans of the genre.

Legend of Korra is a $15.00 downloadable-only game, so it does look a little bit like a budget title. But it looks like the charm of Legend of Korra is definitely in there, as is the sort of gameplay depth fans have come to expect of Platinum Games. If all budget games were like this, well, the world would probably be a better place. Platinum Games just keep on pleasantly surprising me, and hopefully it will continue for many years to come.

The game is out today on PlayStation and Steam, and on Microsoft consoles tomorrow. Kurooki has declared this week “Platinum week” with Korra’s release being followed by Bayonetta 2’s on the 24th. “You can’t sleep!!” he says, and he’s right. I can’t sleep. The land of dreams offers a welcome escape for some, but not for me. Even when I close my eyes the combos and medals keep coming. They never stop coming. I can’t escape. But why would I want to?