The anime train just doesn’t stop rolling over at Netflix HQ, with a bunch of recent announcements, including Studio Ghibli and Dragon Quest, there’s definitely a huge focus to continue to expand into the anime market. Now we get more Pokemon on Netflix too, with the new movie making it’s way to the platform in February.

The CGI remake of the first Pokemon movie, Pokemon: Mewtwo Strikes Back – Evolution, is heading to Netflix on February 27 2020. This version will feature the english dub, as you can see in the trailer. The movie first release back in July in Japan, and is now making its way West thanks to Netflix.

Personally I find this animation style quite jarring, probably because I’m so used to the original, but I’ll still be giving this a watch due to my love of that first movie. I just think Ash looks super, super weird. My boy Venusaur is looking great though. 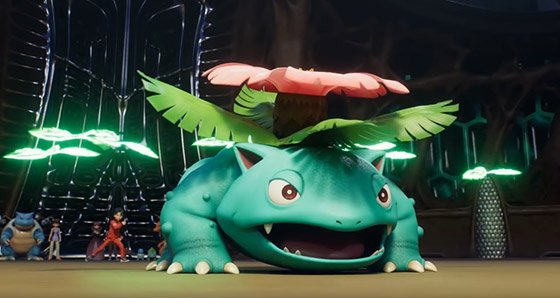 Will you be watching the movie when it releases?