After the incredible first episode, Pokemon Twilight Wings returns with its second episode entitled ‘Training’! Twilight Wings is set in the Galar Region and has a distinctly different animation style when compared to the classic Pokemon anime, and even the recent interpretations.

The budget on these shorts feels so much higher than the show, and that makes sense. The mainline show pumps out multiple 20+ minute episodes a month, whereas we get one Pokemon Twilight Wings episode every month, and they’re only 6 minutes long. But that’s 6 glorious minutes. 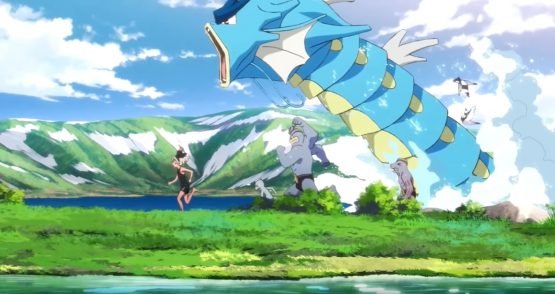 The latest episode focuses on Fighting Gym Leader Bea who is actually training in hand to hand combat with her Pokemon after losing to the champion of the Galar region, Leon. After this episode it seems like we may have fairly self-contained stories each time, focusing on different characters within the Galar region, and let me just say I’m fully on board.

I’d love to see more Pokemon anime like this, the quality is a clear step up – and it’s a great side-dish to the main meal of the classic show.

Where would you like to see the anime go next?