Not many know the Japanese Indie band RADWIMPS, but prayers have finally been answered for those that do. RADWIMPS have announced they will be playing in London on the 19th October, 2015. It’s a rare concert that Japanese music fans shouldn’t miss. 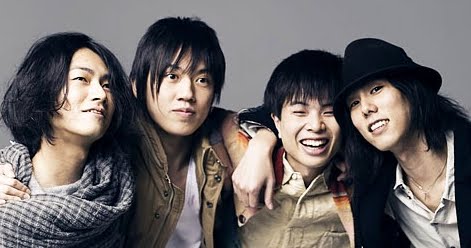 RADWIMPS is one of those bands you tend to find hidden in a lonely corner of Youtube and wonder why their music is not plastered across popular Japanese Music websites. It’s a pity that the J-Indie scene isn’t too well known in the UK compared to other genres such as Visual Kei or J-pop, as RADWIMPS has a tremendous amount of talent. Despite their Japanese lyrics, fans across the world can relate to the positive and upbeat sounds RADWIMPS express, even when the band discusses darker various themes.

But truly, one of the great things about RADWIMPS is that sometimes they go above and beyond the calling of ‘being different.’ In the video above listen closely and you’ll catch these lyrics:

I was about to fall into this place
where I can never crawl up
I should’ve been to Hollywood and meet Eddie Murphy and say
‘tike tike yo tike tike yo kiddy yo
Hi Mr. please entertain us’

Yojiro Noda is the vocalist and songwriter for RADWIMPS, and therefore responsible for deciding on one afternoon to include Eddie Murphy in the lyrics. It’s also probably due to Yojiro Noda that the music videos are also incredibly surreal.

In the MV ‘Dada’, one translation suggests a verse goes like this:

Have you heard of RADWIMPS? Will you be going to see them in 2015 World Tour?

Requiem from the Darkness Collection
View in Store