I have somewhat of an addiction to Final Fantasy XIV, spending a large amount of time in Eorzea exploring and ignoring side quests. I also happen to play the game a lot with my partner, so the idea of entering ourselves for the Final Fantasy XIV wedding quest is pretty strong.

On that note, PC Gamer recently brought to my attention that couples in Japan will soon be able to replicate Final Fantasy XIV‘s Ceremonies of Eternal Bonding (the in-game name for the wedding), in real life thanks to a new service launched by Square-Enix and wedding planning company Bridal Hearts. 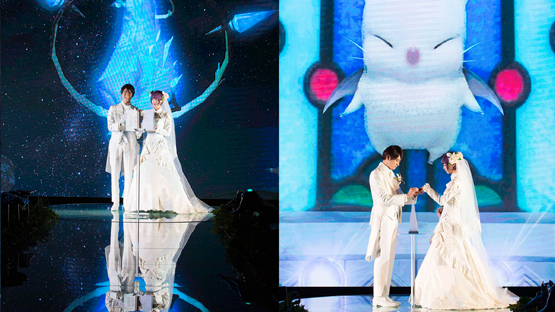 The ceremonies, which will be fully-licensed weddings, let the bride and groom dress up in outfits from the game and carry weapons, shields, and other Final Fantasy XIV accessories. So, obviously the groom in the first mock wedding dressed as a Paladin with his soon-to-be wife as a White Mage.

This first mock wedding using the service was conducted on February 14 in Kobe, Japan. The bride and groom, selected from a lottery of 247 couples, cut their themed cake with the giant one-handed Curtana Nexus while music from the game played in the background and a giant screen showed in-game images. Also, series producer and director, Naoki Yoshida was in attendance for this first wedding too. 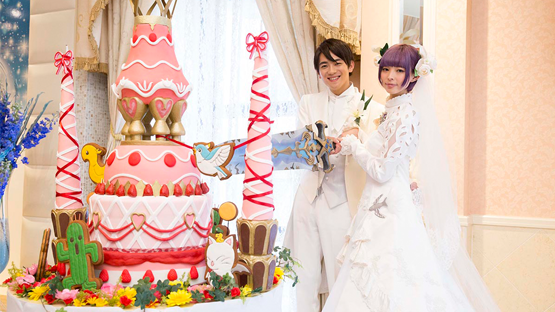 When reservations open in the coming weeks, a 70-guest wedding will cost a lick over $31,000/£24,000, which is a tall order but possibly worth it for how cute that food is (just look at that cake and the little Moogle macarons). Should you want to have a look, more pictures of the mock wedding can be found here.

I would completely be game for this, if I could somehow gain a tremendous amount of money. What do you think? Would you have a Final Fantasy XIV wedding? Or is there another franchise that you would rather have your wedding themed around? Let us know in the comments, or on Twitter and Facebook, and check back for more coverage of Final Fantasy XIV and other Japanese titles. 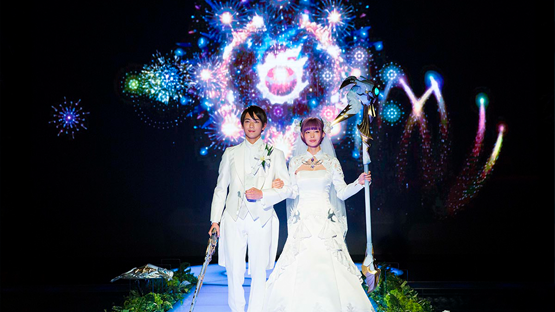 Final Fantasy XIV is out now on Playstation 4, PC and Mac. Interested in the game? Pick up the Complete Edition here!