While the countdown on the official website still has a day to go, a preview in Famitsu has revealed Red Entertainment’s new visual novel title for the PlayStation Vita, Our World is Ended. Further details on the world and characters will be released in the upcoming issue of Famitsu. 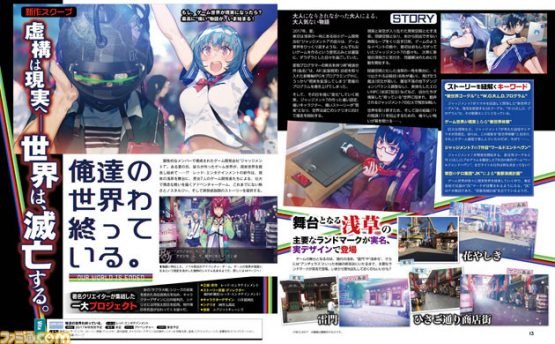 The game’s staff includes Scenario Writer Taro Achi, Character Designer Eiri Shirai, and Naoki Morita, who will be sharing details of Our World is Ended‘s production process on his blog. So far, that’s all we know!

Our World is Ended is currently in development for PlayStation Vita.