Perhaps the greatest party member in Final Fantasy history, Red XIII, will not be playable in Final Fantasy VII Remake. He will of course take part in the story as a guest character and it turns out he will assist in combat but only as an AI support to the 3 party members.

It’s sad news for sure for all Red XIII fans as we won’t be able to take control of him in this game, but that doesn’t mean we won’t be able to play as Red in the later parts of the FF7 remake. As this first part will finish fairly soon after the introduction of Red XIII, it does make sense that he’s not a fully fledged character.

The news came from an interview with co-director Naoki Hamaguchi by VG24/7, in which he had this to say about Red XIII in the remake:

“We felt the point at which Red XIII joins the party in the story is very late on so we thought okay, if we’re gonna have him as a full character and try and get the player to enjoy his character development arc and growth as a character through that, it’s not really enough time to do that.”

It’s great that we’ll still get to see Red XIII in action, but unlike Cloud, Barrett, Tifa and Aerith, you won’t be able to directly control him. The fact that this does reaffirm that the game will finish after the first act of the original game, it does leave me wondering just how much is going to be added as fresh content to flesh out an act that was only around 10 hours maximum in the original game. 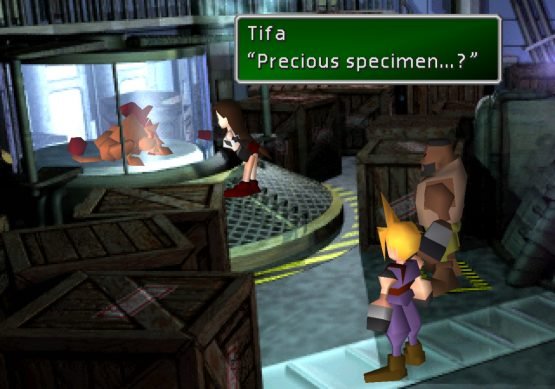 In case you didn’t know, a demo for Final Fantasy VII Remake released today, so you can get your own hands on with the beginning of the game!

Are you as hype as me for this game?

Final Fantasy VII Remake Is Being Released Early In Some Locations

You Might Not Get Your Copy Of Final Fantasy VII Remake At Launch
Recommended Products from our Store: