RemiLore ~Lost Girl in the Lands of Lore~ Review (Switch)

We appear to be firmly settling into the age of the roguelite in gaming at the moment, with a tremendous amount of games taking on the genre in recent times. The latest of these is RemiLore ~Lost Girl in the Lands of Lore~, released for PS4, Xbox One, and Switch.

The story of RemiLore follows Remi, a precocious and self-admittedly dumb high school student that inadvertently wakes up a sentient book that calls itself Lore. In a panic, Lore transports them both to an alternate world called Ragnoah. Remi is promised that if she gets them both to the “portal”, she can get home, and so her adventure begins.

Moment-to-moment the gameplay is reasonably solid and enjoyable, if monotonous. The player has light and heavy attacks that can be combined together to maximise combos, and there is a handy combo guide in the menus too. With the dodge mechanic too, which Remi has three stocks of at any given time, you actually have somewhat frenetic combat. 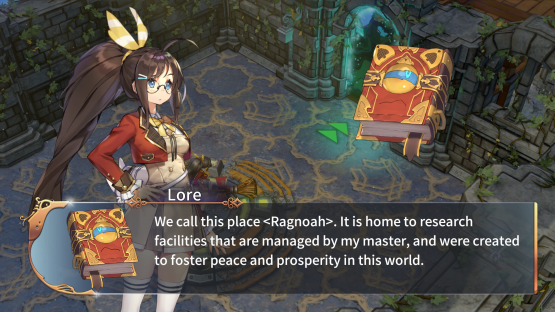 When Lore has enough power, you can also use their magic to perform a spell for a variety of different affects, such as freezing all enemies or increasing attack power for a short period. These are linked to the weapon you’re holding, and are signified by different symbols as you pick the weapons up, and then stay in the top left of the screen to quick reference.

Throughout the game, you are constantly collecting Dessert Points to both give Lore more power and can spent in the stores in the middle or at the end of levels on health potions or random weapon drops. These can be found quite literally anywhere, spraying out of crates and deckchairs, or falling out of every slain enemy in the game. 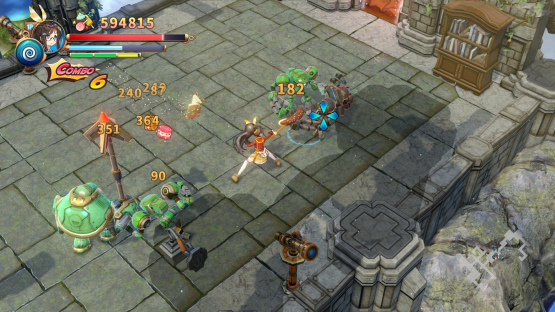 The slaying of bigger enemies, and the bosses at the end of each Act, will grant you a bonus of some description, whether it be a new weapon or a power up. Now, here is my first issue with the game, as the power-ups can be a help or hindrance, running the gamut between restoring MP and reducing your maximum health.

As these power-ups are so unpredictable, I actually found a weapon with a spell attached to it (freezing the opponent, as you asked) and then didn’t touch anything else apart from health potions for the rest of the game. It just wasn’t worth the risk to pick up anything, in case it ruined my entire set up, so that would be my advice. 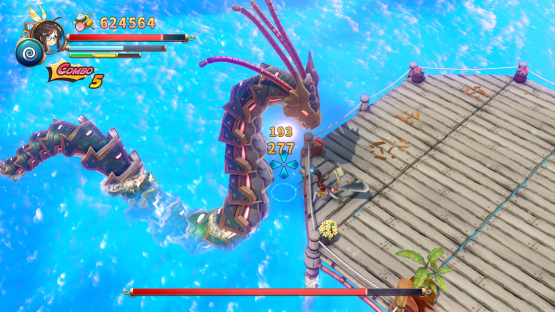 With these first steps, the main mechanic reveals itself – randomisation. The layout of the areas, enemy patterns, item drops, and power ups are all procedurally generated. So, this means that no two runs through the main campaign will be the same on pretty much any level, with only your Dessert Points (the game currency) carrying over.

It should be made known though, that if you fall in battle, continuing will return you to the beginning of the Act with your current equipment, and the levels are randomised once more. Should you choose to not continue, you will then begin from the very beginning with Remi’s broom. Worry not though, you can quick-save whenever, should you need to stop. 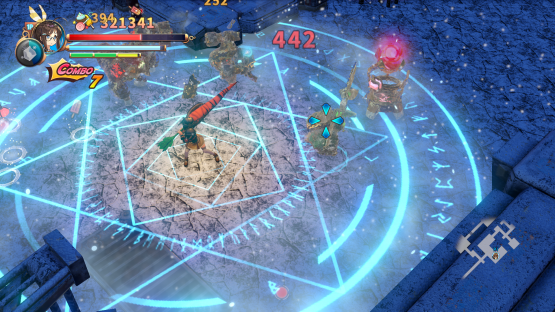 Also, there’s little reason to worry here because the game is just so short. Reaching the end credits somewhat suddenly, and in a few short hours, just added to an already disappointed feeling that grew through detrimental power-ups, similar gameplay styles despite different weapons, and arguably pointless story that doesn’t really go anywhere.

There are alternative modes and features, like a second Story featuring other characters, and several difficulty modes (including a Permadeath mode), but after playing through a couple of times, the monotony of the gameplay had set in and playing it anymore was just not a desirable option for me personally. 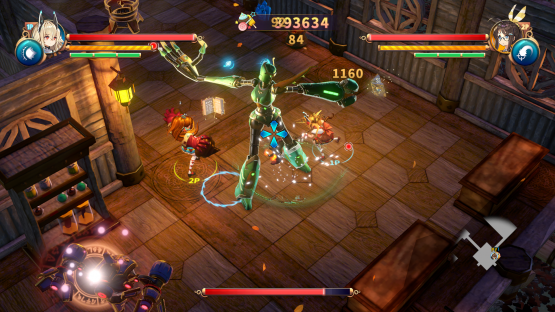 On all aesthetic levels, however, RemiLore is pretty bland. The key art is gorgeous and the animations on Remi herself a defined and fluid, but the rest of the game is essentially differently skinned squared rooms. The bosses are visually impressive at the time, but are ultimately forgettable too, meaning that there’s little reason to play again.

The music is entirely uninspiring and the sound effects and voices being borderline grating. In fact, because of the insistent, repetitive prattling of the characters, I actually turned the voices off entirely shortly after starting, only to find that while they were talking the music volume lowered regardless of voices or not, making the music even less memorable. 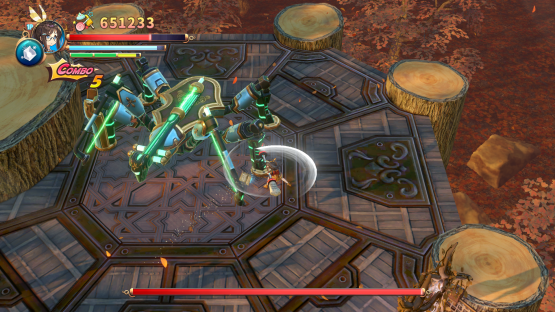 Sadly, it just comes down to the fact that RemiLore is a bit of a disappointment. There are strong elements of gameplay and decent design to be found here. There’s basic core of a great game that has just been lost in all of the fluff that doesn’t need to be there, or was executed just a little too poorly to be forgivable.

The shame here is that the moment-to-moment gameplay is initially enjoyable, with the combat specifically being complicated and diverse enough to be a challenge, whilst still being simple enough to not confuse the player. It’s just that RemiLore doesn’t add anything to this set-up throughout, and doesn’t do some things as well as its contemporaries. 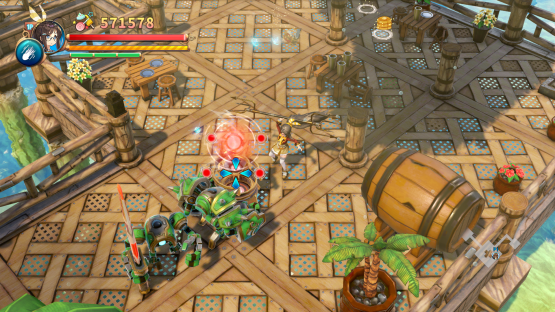 Score-chasers and those that love a challenge would likely get a huge kick out of this game, especially with the multiple difficulty levels, if they can get past how generic the combat feels at points. But sadly, it disappointingly is not for us, oh and Lore is supremely agitating as a character.

RemiLore ~Lost Girl in the Lands of Lore~ is out now for Playstation 4, Xbox One, and Nintendo Switch, with Steam in the pipeline for release.

The Best Japanese Games of 2019

RemiLore: Lost Girl in the Lands of Lore gets confirmed Release Date!