Sometimes you just need to let loose against swathes of enemies with a few simple button presses and revel in the slaughter, and that’s where Musou games really shine! So, we’ve rounded up 4 of the best Switch Musou games to further direct your somewhat barbaric but extremely satisfying hacking and slashing needs! 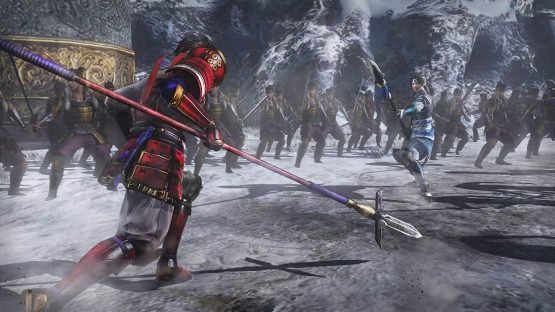 Both Dynasty Warriors and Samurai Warriors are flourishing established series, and Warriors Orochi is the best of both worlds by bringing the two together for exciting crossover action! Warriors Orochi 4 continues this tradition, with a truly staggering 170 playable characters – including some brand new mythological ones, just for fun – all at your disposal in the first Warriors Orochi title on Switch in the west. Now to play as all of them! ╰(°ㅂ°)╯ 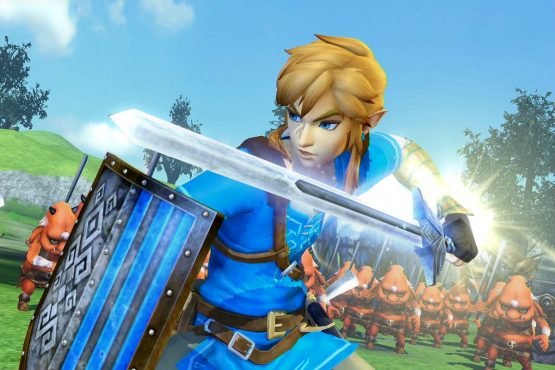 Hyrule Warriors is sure to capture the hearts of Zelda fans, as it pulls together threads from a variety of Zelda games together in one shamelessly good fun hack and slash title. People other than Link getting some time in the spotlight is a rare thing that Hyrule Warriors offers in spades, with its variety of playable characters. While it’s completely unlike traditional Zelda games in form, Hyrule Warriors is an enjoyably colourful and fast-paced celebration of the Zelda series. This Definitive Edition also includes all the previously released DLC and some lovely new Breath of the Wild-themed costumes for Link and Zelda!

Get it here! Read our review for the Wii U version here. 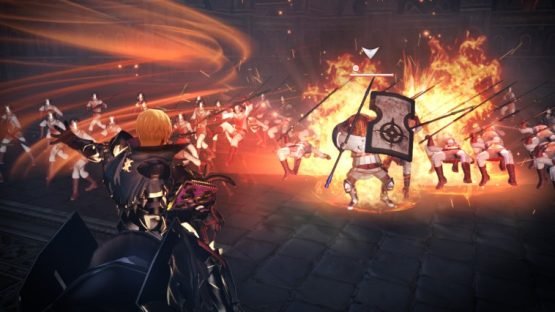 Get it here! Read our review here. 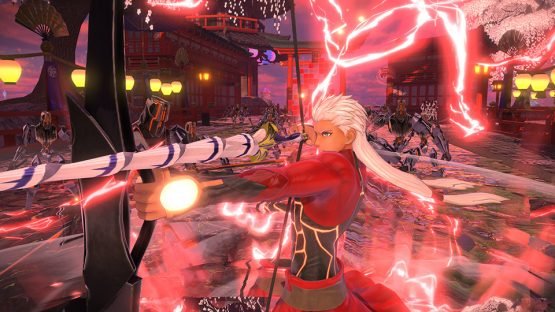 A Fate game where you play as Servants, dishing out destruction left and right and fighting through everything in your way. It was bound to happen eventually, and now with the second Fate/EXTELLA entry, Fate/EXTELLA LINK, it’s happened twice and to improved effect. EXTELLA LINK refines the battle system from the first and presents a more easily digestible story, with 10 new Servants and all sorts of tweaks to shape EXTELLA LINK into a successful follow-up game. If you’ve ever wanted to rampage through a busy, cyber environment as Emperor Nero Claudius or Robin Hood, now you can. And if you haven’t, well, give it a try! It’s fun!

Get it here! Read our review here.