Learning Japanese is hard. Like, so hard. Like, Red Riot hard. There’s an awful lot to remember. One thing that can help with memory, though, is humour. Jason David “Potato” Danielson’s humour about the absurdity of kanji took off in Japan in 2013. But did you spot his Death Note cameo?

It’s a little old, but Potato Jason himself actually crops up in Episode 6 of the live action Death Note drama series from 2015 (it’s actually pretty good, and available on Crunchyroll). He appears in some headshots, and then, ultimately, as a victim of the Death Note. His death isn’t that convincing, but is sure to amuse fans of his comedy. It appears at about 26:30 if you just want to skip to his death scene! 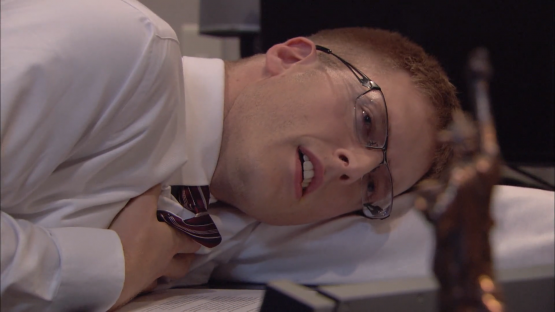 “Why Death Note?!?!?” – What he was probably thinking as he died

Jason plays a character that shares his first name: Jason Walterson. It appears he is a character original to the TV series, but he appears in the adaptation of the L/Light team-up arc.

If you’re not familiar with Jason’s comedy, take a look at the subtitled clip below! Even if you’re not familiar with kanji, he explains it as he goes along anyway. It’s sure to make you laugh! His angry catchphrase “Why Japanese people” will surely appear in your imagination if you embark on your own Japanese learning journey. It’s very relatable!

But it seems that one of the Kira didn’t take so kindly to his humour about the Japanese language in the end… RIP Potato Jason, you will be missed… T_T

The Cover Art For The Death Note Sequel Is Here

Attack on Titan 2: Final Battle Coming to PS4, Xbox One, Switch, and PC

Why You Should Check Out Yuri Anime Citrus – Sales Mitch
Recommended Products from our Store: