This episode doesn’t feature Leo Aiolia very much at all. After his battle with Frodi in the first episode he has to rest and recover in that very anime way. Instead this episode focuses on what some of the other Gold Saints are up to in Asgard, specifically Aries Mu, Taurus Aldebaran, and Libra Dohko.

Lyfia encounters Mu when she goes looking for water for her and Aiolia and finds a deserted village. A lot of people have already pointed out that she could just have melted the snow for water, of which there is a lot, so it must have been a thought that occurred to pretty much everyone watching, but no matter. It turns out the villagers have been taken by yet another one of Andreas’ God Warriors, Fafnir. He’s a creepy guy who likes experimenting on people. Naturally, Mu takes it upon himself to go and be all Saint-y at him. 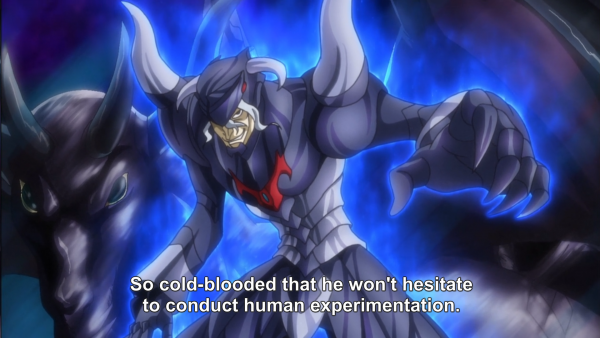 Meanwhile Aldebaran comes upon a Coliseum where he find Dohko casually beating all challengers in a fight. He’s enjoying himself but Aldebaran is much more skeptical of their situation, very much aware of the wrongness of their lack-of-being-dead. Returning to the Coliseum they are confronted by another God Warrior, Hercules of Tanngsnir, a big muscular guy in a green suit of armour. Dohko volunteers Aldebaran to fight him. 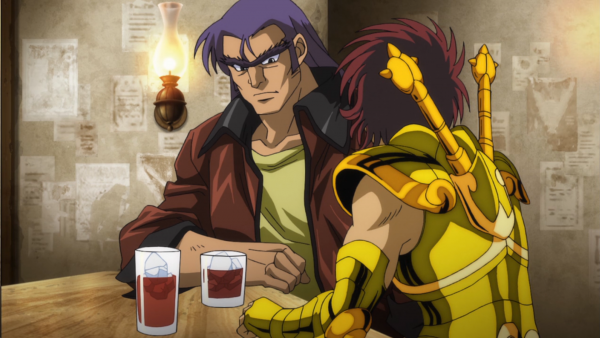 The structure of the episode pretty much flicks back and forth between the two stories. Even though there are two conflicts going on, there’s not a tremendous amount of fighting. The episode raises more questions about why the Gold Saints have returned, and also causes them to question what it is they fight for and why they fight.

Comparatively the Aldebaran / Dohko story isn’t as narratively interesting as Mu’s — it’s mainly about Aldebaran coming to terms with their current situation and fighting Hercules (thought it does have more fun moments). Hercules just isn’t a very interesting antagonist. Fafnir on the other hand is deranged almost to a cliche, but it works insofar as his experimentations being linked to Yggdrasil pushes the narrative forward in an interesting way. Yes, we get some confirmation about why Yggsdrasil is a bad thing for Asgard — but we still don’t fully understand the wide scope by the end, which is a good way to hook us in an keep us going. 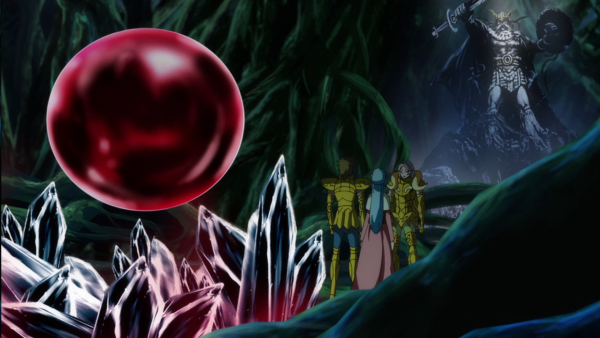 It’s a nice change of pace to the Aiolia-focused first episode. The Saints are often at a high when they are working together. While they’re still a bit spread out, there’s that sense of community building, which will hopefully pay-off later. 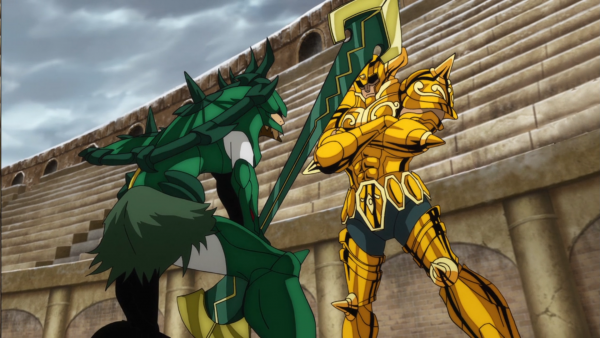 You can read my interview with Ryo Mito about the new Saint Seiya game, Saint Seiya: Soldiers’ Soul, which will incorporate Soul of Gold, here! 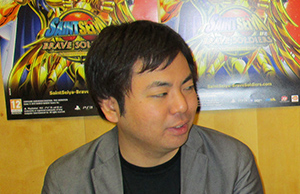