Secret of Mana Remake Gets 10 Minutes of Footage

During this year’s PAX West 2017 we got to see the remake of the cult classic 1993 SNES JRPG, Secret of Mana, in action. The gameplay video covers the first 10 minutes of the game showing off some of the game’s unforgettable locations.

Aside from the evident visual upgrade the game will fix old bugs, feature voice acting as well as re-arranged music. Fans will catch that the mini-map uses sprites from the original. 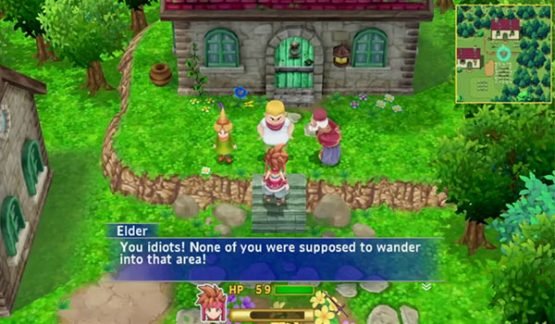 The game will be released worldwide on February 15th 2018 for PlayStation 4, PlayStation Vita and PC.

UNICLR Gameplay Shown Off In Exhibition Stream
Recommended Products from our Store: