Let’s get this out the way, I really don’t like Dark Souls, but I want to. I want the challenge, and the thrill of victory after countless defeats, but I’ve just never been able to get round the clunky feel and long walks back to challenges. I’ve tried so many times, with both Dark Souls and Bloodborne, neither clicked. Then I played Sekiro.

When I say ‘dabbled’, I mean I’ve played Dark Souls 1 for a total of 27 hours. I’m sure plenty of people have beaten the game much quicker. I just can’t do it. The furthest I’ve ever gotten is the part where you enter down into those hellish depths where Ceaseless Discharge hangs about (I did dispatch him incredibly easily) – but it’s that part where the lava has gone down and you can walk around surrounded by what feels like 1 million Capra Demons. It took me hours to beat the Capra Demon by himself, I wasn’t ready to fight two of them, so I bounced. I tried my best, and most of the help I received from friends came in the form of ‘get good’, so I just determined I wasn’t good enough for these games.

Bloodborne is a footnote in this little recap, I tried it, didn’t really like the world that much, and the game just didn’t work for me, although I do think it’s closer to what I want than Dark Souls.

Now this article was meant to about Sekiro, which I haven’t even spoken about yet, but I need to mention the game that died so that Sekiro could live. Star Wars Jedi: Fallen Order. I am an outrageous Star Wars fan, I even read the books. So when I learnt that Fallen Order was going to be a ‘soulslike’, it wasn’t enough to put me off. I was in Japan at the time of release, and I was seeing all these incredible reviews and waiting to jump in the moment I landed back in the UK. When I did, it was glorious – it felt responsive and quick, something I hadn’t felt in a Souls like game before, I actually felt powerful and that I could achieve things for once. The challenge was much lower than Dark Souls (I played on the second to highest difficulty) – but I was hooked.

The one thing I particularly enjoyed in the combat was the parrying and deflecting mechanic. I would spend a lot of the time just waiting for the Stormtroopers to attack, just so I could quickly take them out and enjoy the lovely animations that go with it. I appreciate that parrying is in the Souls games, and even more so Bloodborne, but it never felt like a big focus of the games – aside from a few Bloodborne bosses that become much easier using the technique. The difference is it all just felt too slow to me. 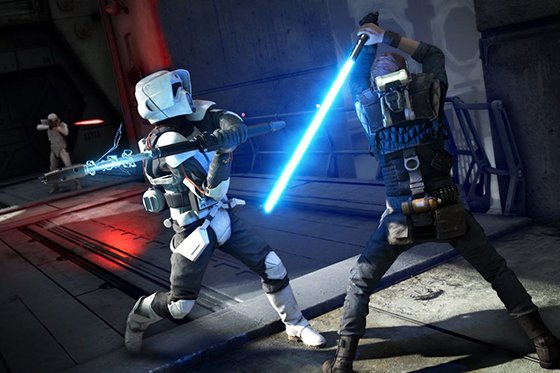 I saw a lot of fans of the Souls games dismissing Fallen Order as ‘Baby’s First Souls Game’ – the thing is, it works that way. This was a perfect introduction to the fairly new genre, and a great re-introduction for me, through a vessel I love in Star Wars. Unlike Souls games where the story is fleeting, to the point of non existent (Yes, I know there’s lore in item descriptions) – I found myself wanting to push through any tricky encounters to discover what happens next to Cal and crew, I was invested, and the combat was becoming second nature.

Once I had finished the adventure, I was parrying and dodging like an actual Jedi Knight, the final boss was a breeze. But that was it, it was over. I wasn’t done with that rush of parrying though, so I went to Google (other search engines are available, believe it or not) – and did some research on games with similar mechanics.

I knew about Sekiro, I’d been tempted many times since it’s release, but always held off on the basis that “I’m not good enough” for these games. The difference now is that Fallen Order was my training wheels, I was ready to take them off and try my hand again at the big boys table. The game was on sale on Steam, the stars were aligning. I bought it, waited for the surprisingly small download to complete, and tried not to regret my decision.

I started the game, immediately made sure the Japanese audio was on, and began my journey. The first few kills are a breeze, as expected, the game is teaching you the basic mechanics. I then come across the first ‘mini-boss’ of Sekiro, Leader Shigenori Yamauchi. You can just run past him if you like, but I didn’t, I wanted to test out the combat to see if my Fallen Order skills would transfer – they did. I won’t lie, he got me the first couple of times, but then I fell back into my rhythm, and begun to deflect his attacks. Here’s where I discovered the glory of the posture system in Sekiro. 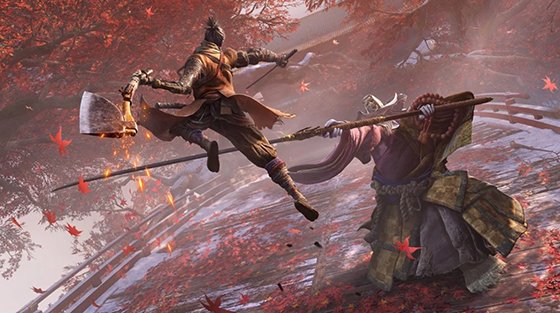 The posture system works as a sort of second health bar, that both yourself and enemies have. Whenever you attack an enemy, blocked or not, you build their posture bar, and vice versa. The magical part is this though: if you time your block with their swing, you’ll do a heavy amount of posture damage for very little trade off on your end. It’s a legit tactic to just skillfully deflect, if your timing is right. This is where I feel a big departure from the Souls series, at least the way I play. Instead of trying to sluggishly attack and whittle down a boss’ health bar, I don’t even have to worry about the health of the boss, if my defence is on point, I can break their posture and remove one whole health bar with a single deathblow. It comes with incredible animations too.

Sekiro seems to guide you down this path, you come across numerous enemies where rolling and dodging isn’t always an option – you have to block, and even better, deflect. The beautiful thing is I can do that. I can actually do something in a FromSoftware game, and I have EA and Respawn to thank for it. I would say I’m about two thirds of the way through the game now, having defeated Genichiro (for now), and the Guardian Ape twice. The parrying is getting me through the game. But who cares? I’m actually doing well, and I’m feeling that rush when I eventually take down an enemy. There’s a reason I feel so skilled too.

In Dark Souls, a lot of your success results on your build and weapon choices, some bosses become staggeringly easy if you spec into the right thing. I have no idea about any of that stuff, maybe that’s where I was going wrong. Sekiro alleviates that issue. You get one sword, the upgrades are incredibly simple and it’s less of a choice and more of a ‘Oh I have enough for this, I’ll get it’. I think the game benefits from this streamlining, it allows you to forget about the fluff and focus on just ‘getting good’. That way, when you actually beat a boss, it’s not down to your stupidly overpowered build, it’s down to you and your skill. Oh and if you don’t beat the boss? You’re probably around 10 seconds away from him, the sculptor’s idols (bonfires) in Sekiro are much more forgiving in placement, which cuts out the boring walk back to a boss through countless enemies. 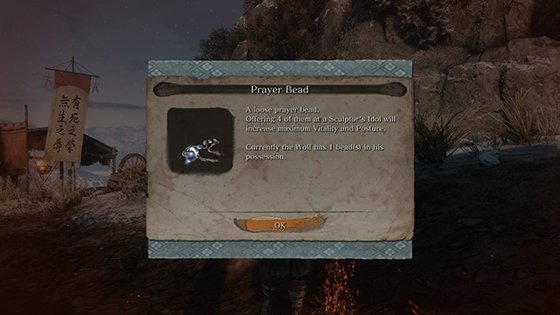 Guess what? I feel like I can say I’m good at a FromSoftware title now. For the first time, I enjoy the combat, and I’m looking forward to finishing the game eventually – that’s not to say it won’t be a struggle. The second time you fight the guardian ape (with his friend) made me rage quit a number of times, but I got through it. Usually I would just give up, but in Sekiro, I know I can do it, because I back my actual skills in the game. I have Star Wars Jedi: Fallen Order to thank for that. Without ‘Baby’s First Souls Game’ I would never have felt the pull to try Sekiro, never mind feel confident in the mechanics. There is a place for ‘easier’ games in the current landscape, and who knows, it may even introduce people to the harder games you love so much.

Once I’ve completed Sekiro, I may jump back into Bloodborne, or another ‘soulslike’ – and maybe, one day, I’ll try Dark Souls again – with a few victories already under my belt.

Join the discussion on our official Discord Server: https://discord.gg/ZSV6pWG

Launch Trailer For Sekiro: Shadows Die Twice Lands Ahead Of Release
Recommended Products from our Store: