An announcement from the SACRA MUSIC Fes. 2019 -New Generation- event has revealed a new project called -TENKASOUL-, with Fullmetal Alchemist anime director Seiji Mizushima at the helm! Loveless manga creator Yun Kouga will be handling character design and “coordination” for the project. Check out a teaser below:

There’s definitely a traditional vibe to -TENKASOUL- but it doesn’t seem like it’s totally shying away from modern elements either. It’s very mysterious for now, but the character designs we get a look at are lovely!

In addition to Seiji Mizushima and Yun Kouga, staff members include Hifumi’s Tō Amane in charge of original story, and SACRA MUSIC and Hifumi in charge of planning. Renowned voice actors Hiroshi Kamiya, Mamoru Miyano, and Shouta Aoi are also involved with the project. 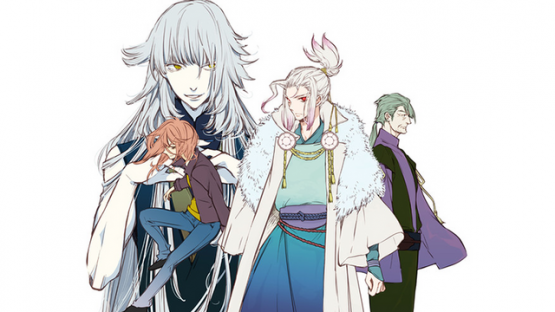 -TENKASOUL- is described as a “sengoku rock action” project. It certainly seems like the music will be a big part of it, but what exactly -TENKASOUL- is in terms of media type is still unclear. Still, it looks very exciting, and with the project itself said to be “coming soon” it can’t be too long until we learn more. Let’s look forward to it!