Senko no Ronde 2 is finally available for western audiences to enjoy on both PlayStation 4 and PC. Senko no Ronde 2’s gameplay is very much like that of Touhou Gensou Rondo: Bullet Ballet which we had a pleasure of reviewing around the same time last year.

Well actually, Touhou Gensou Rondo was heavily inspired by Senko no Ronde which started as a franchise in Japan in the mid-2000s as an arcade title. The west got the taste of its frantic danmaku fighting style in 2007 with the release of WarTech: Senko no Ronde. After this relatively underappreciated release the west never got the sequel, but with Senko no Ronde 2 Degica helped bring to light this rare gem of a game.

Senko no Ronde 2 is a unique mix of an arena fighter with some solid shmup elements. But unlike Touhou Gensou Rondo, the pacing is much faster and the fights are far more dynamic. There are some really cool moves that you can pull off.

Piloting your rounder (the name of the ships in this game) is very precise and allows for some cool maneuvers. You can quickly change your direction mid-dash but also cancel your dash which allows you to continue without even the slightest delay. The controls are tight, as they should for a fighting title, so experienced players will be right at home. For those that are less fortunate the control scheme takes a bit of practice and getting used to, but once you really start to dig deep into the core of Senko no Ronde and its smooth control scheme, it won’t be long until it really becomes second nature. 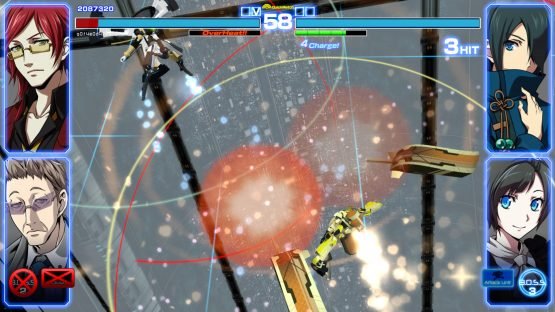 Regarding attacks, there is your standard attack, sub-weapon attack which depends on the ship you’re piloting and a special ability that can give you a boost. unique for each ship. These aside, there are Barrage attacks which depend on a special scale. Barrage is depleted when using Barrage attacks but also when you are hit, so you should be mindful about your Barrage level. Like in Touhou Gensou Rondo you can get a good whack at enemies at close quarters with melee and sub-melee attacks which rapidly drain enemy’s charge. Then there is a special bullet cancel move that not only does just that, but also can be used as an effective weapon. 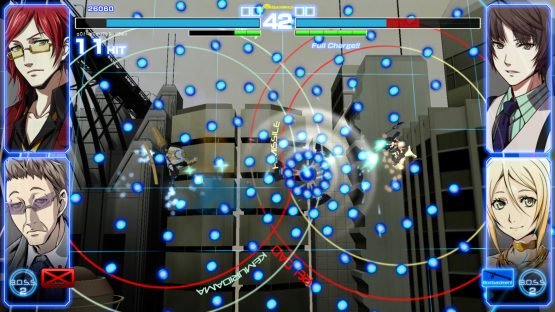 There is a spectacular B.O.S.S. mode which turns you into a massive bullet hell killing machine and each one is very different depending on the character.

The game is just so meticulously designed that when you activate a defense move not only does it create a barrier around your character which shields you from attacks you are able to return fire with slightly modified attacks. Overall there is a lot of strategies and if you want to jump straight into the action there is a very useful introduction video for each character on the game’s official website under character overviews.

The game offers quite a bit of content with its Arcade, Score Attack, Online, Practice and upgraded DUO Story Modes. Sadly, the Online mode is already desolate and the game practically just came out. Nevertheless, there is the offline battle mode for two players which and this is exactly the type of game you should pay with your best buddy preferably with enough beer and chips laying around. Not to mention the DUO Story mode which is like a game in itself, a slightly reworked story mode from the very first game. 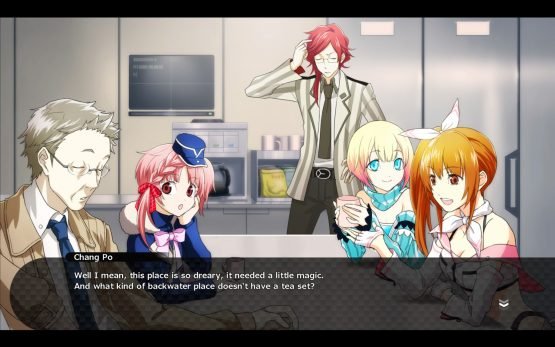 Senko no Ronde 2 offers quite a comprehensive story mode with meaty visual novel segments which are quite good, beyond every expectation for a fighting game. Most of the story segments are voiced which really gives it a true visual novel feel. These segments are a bit quirky but are interesting enough to keep you going. The only gripe is that there are so many different characters that at times it is quite difficult to track the overarching story.

The plot is set in a far future where humans started living off-world and formed space colonies with many different factions. You will be following a diversified cast of characters from each faction and witnessing situations from their day-to-day life. After a good chunk of the story, there will be a fight mission. The challenge of these missions increases as the story progresses, but the good thing is that you can set the difficulty for each mission on the spot. 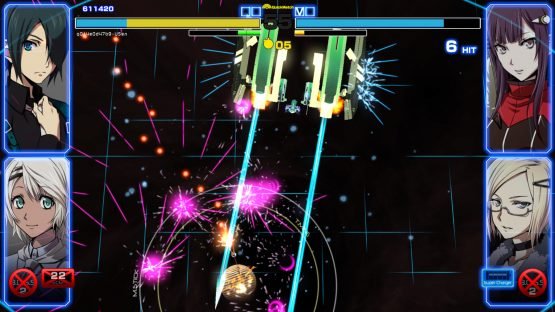 Each story segment is viewable multiple times and whenever there is a choice you can do both choices which will satisfy that completionist in you. All in all, there are whopping 14 characters to choose from with alpha and beta sides to spice things up. Each character plays differently so there should be plenty of time to get used to your favorites.

Senko no Ronde 2 is a stellar title for every fighting game geek’s library and many shmup enthusiasts, but at a relatively steep price and the desolate community, it could be a bit too overwhelming for inexperienced players. For this purpose, Touhou Gensou Rondo: Bullet Ballet or a next game that I will be reviewing, Touhou Kobuto V: Burst Battle, could be a bit better in terms of learning the ropes as these games are a notch easier to get into and master.