It feels like it’s been a little while since we heard any news about Senran Kagura: Peach Ball, but now we have confirmation that it’s coming to North America and Europe this summer! Here’s the opening movie:

That opening cinematic is pretty cute! I can imagine this game will work really well on Switch, even if this is one where you’re not as likely to want to be playing it in public.

Here’s an overview of Senran Kagura: Peach Ball from Marvelous:

So…this is going to take some explaining. Haruka, the mad scientist of Homura’s Crimson Squad, is up to her usual experiments again, brewing up mysterious concoctions with unknown effects. Unfortunately for her fellow shinobi, she’s chosen the local arcade she works at as her laboratory, storing her experiments in the bathroom. After an accidental outbreak infects five of her shinobi friends, she learns that her latest concoction can transform those exposed it into animals, at least mentally.

Now, with Asuka, Yumi, Yomi, Ryona, and Murasaki causing wild havoc in and around the arcade, Haruka has devised a way to return these shinobi to their senses – the mystical Peach Ball. Applied to a subject’s body repeatedly, with the proper vibrational force, it can undo the effects of her experiment. Conveniently, it’s just the right size for a pinball table. Now all Haruka needs is a skilled assistant to operate the table, bopping each shinobi girl with the ball until she comes around. 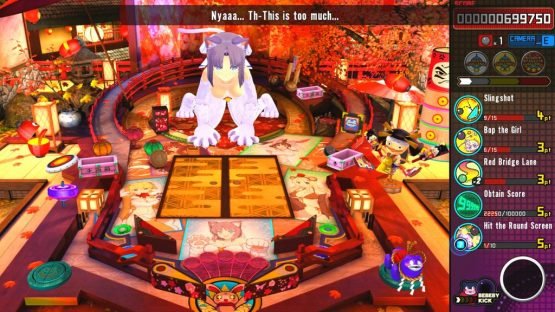 The game will be available digitally via the Nintendo eShop in both North America and Europe, with North America also getting a limited physical release via the XSEED online store and select retailers. Both versions are priced at $39.99.

For anyone worried about censorship in light of recent developments regarding the notoriously booby series, you can rest easy. Marvelous has confirmed over Twitter that the content is “complete as per the original Japanese release”. Hooray! 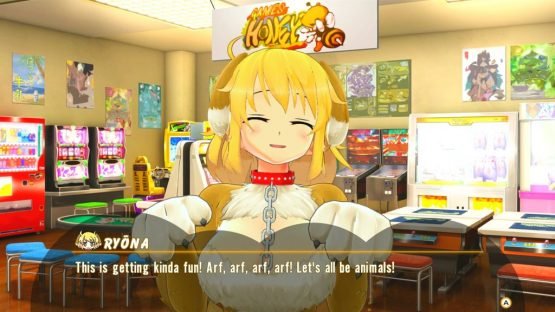