It was a fairly safe assumption that this was going to be amazing, but seeing it in action properly makes it even more exciting! There are still a lot of mysteries about this game though. We can see some PlayStation button prompts in the video, which isn’t really a surprise, but the list of platforms still hasn’t been confirmed yet.

Then there’s the character roster. It’s looking like there’s at least 7 characters from each announced series – probably more, given that this is only a place holder – and possibly another 7 for the mysterious ‘etc’ option in the menu. Who could they be, I wonder? I can’t wait to find out! Hopefully there’ll be some more BlazBlue Cross Tag Battle gameplay and news very soon! 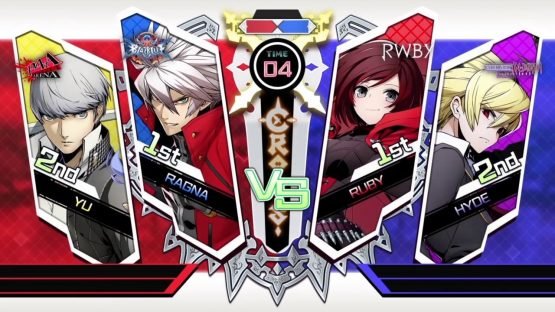 BlazBlue Cross Tag Battle is due to release in 2018 for unannounced platforms.